Nigerian music star, Davido has finally showcased the interiors of his new home in Banana Island, Lagos which has cost him a fortune. 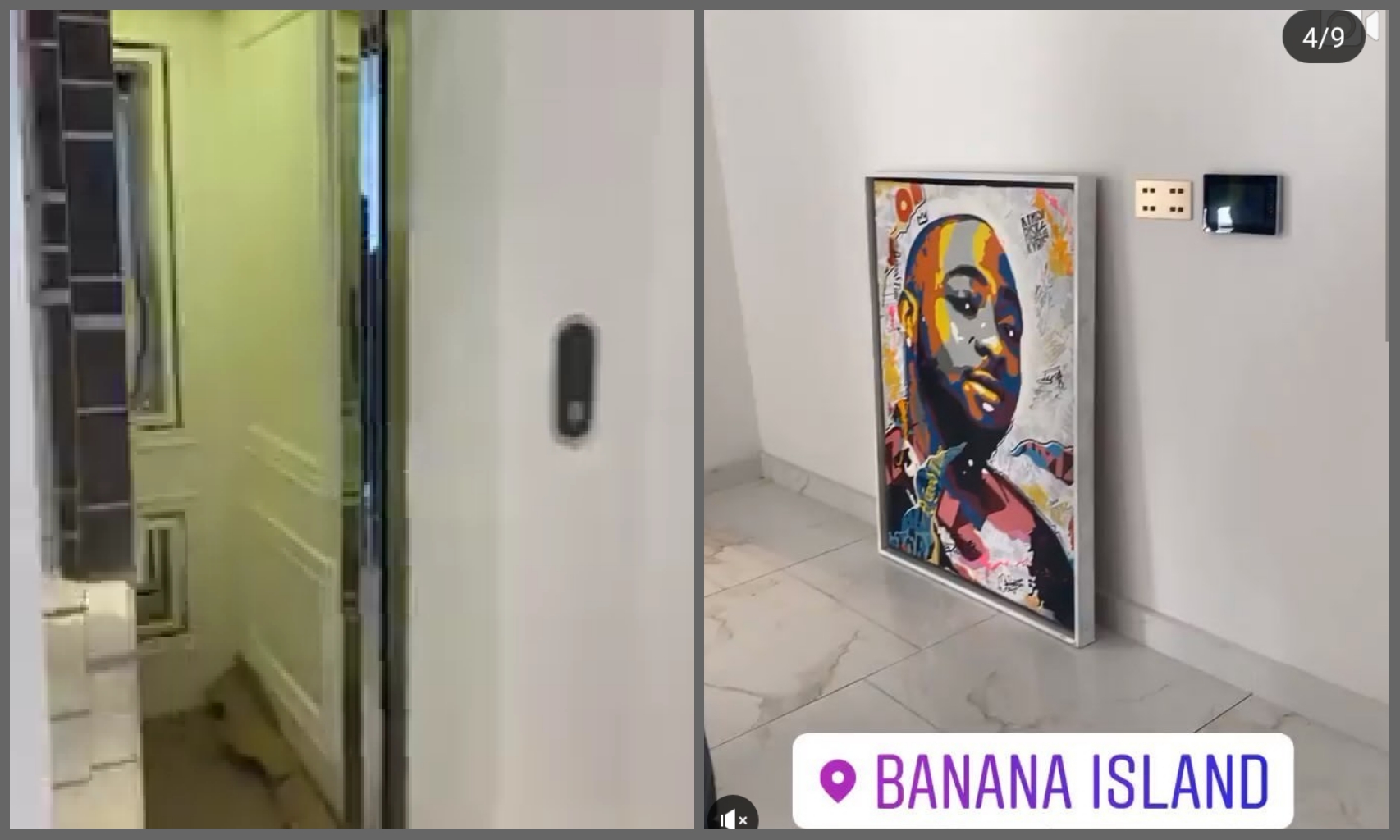 DMW boss, Davido has not been shy in showing the world how rich he his and he

does not look like one that will stopping anytime soon.

Getting himself a good car, necklace or wristwatch is not something new to Davido

but he surprised many when he announced

that he will be getting himself a new home at Banana Island in Lagos,

a location known for accommodating the richest personality in the country.

Davido has now finally unveiled the new home via a series of videos on his Instastories.

have cost him a huge fortune.

since he was a kid, a dream that has finally come to pass.

Some of his crew members could be seen sharing their excitement on the new building their boss has got himself.

Watch video of Davido’s new mansion at Banana Island below:

Davido shares videos of his new home in Banana Island Lagos. The house comes with an elevator which the singer said he has always wanted

them a house of their own some months ago.

dancehall singer, Cynthia Morgan in reviving her career after the sad event that happened to her.

Nigerian Singer, Flavour featured on MTV Show, Catfish, after his photo was used to scam a white lady (video)

Celebrities With the Most Colourful Attires For The Independent Day Celebration

#starboyfest – How I pull up for a king – African’s Bad Gal , Tiwa Savage sends love message to Wizkid in London