Home Entertainment Displaying nudity online is an easy way for women to get followers...

Popular Nigeria writer, Toni Tone has revealed a deep secret on woman who post nudity online and what they tend to achieve. 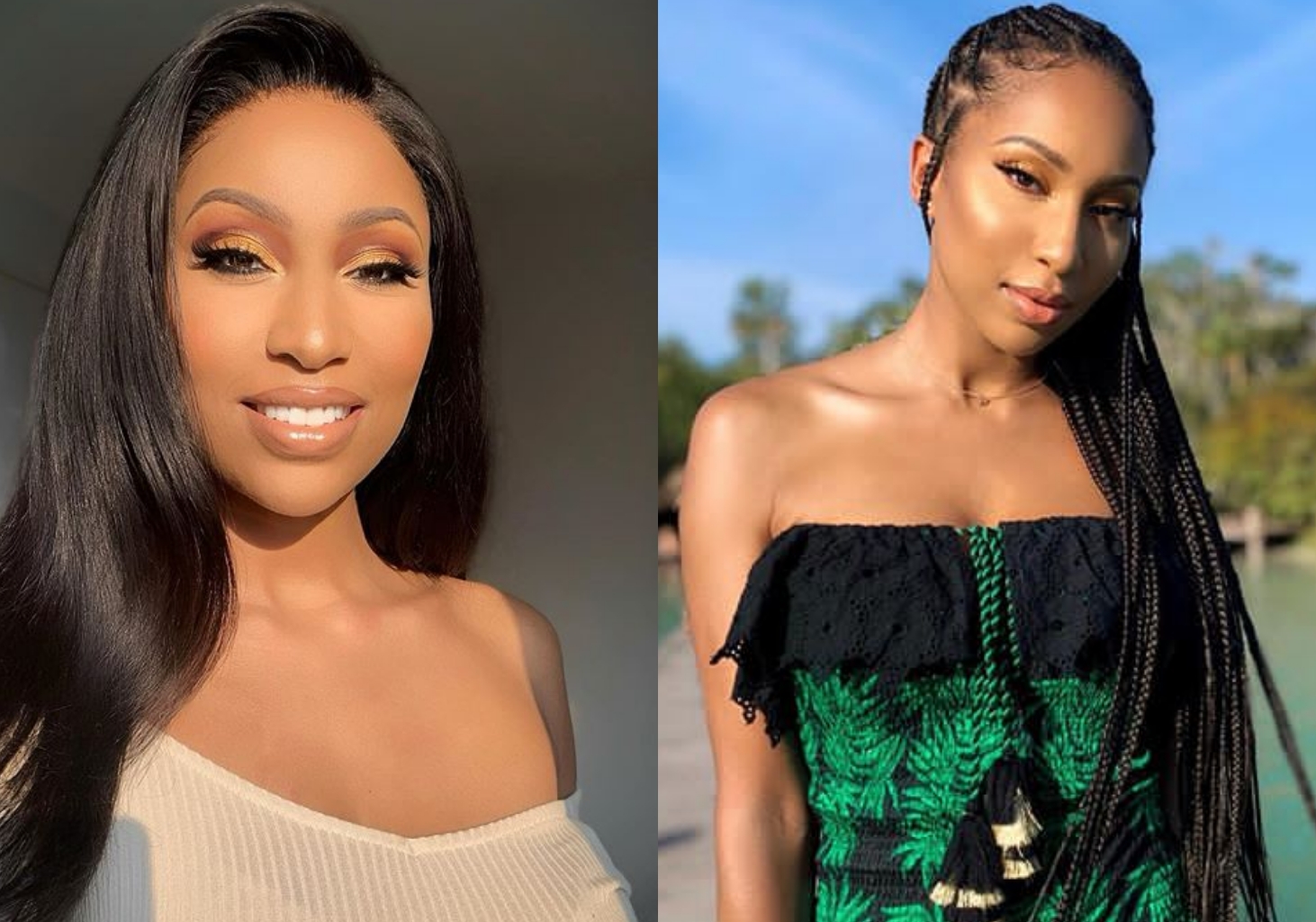 Toni Tone who seems not pleased with this have come out to share her thoughts.

posting nudity on social media is an easy way, it has it’s impact.

Accordingly to Toni Tone, percentage of men who end up following such ladies end

up becoming men or brands who are rarely trying to sell to thirsty men.

and packaging on social media. 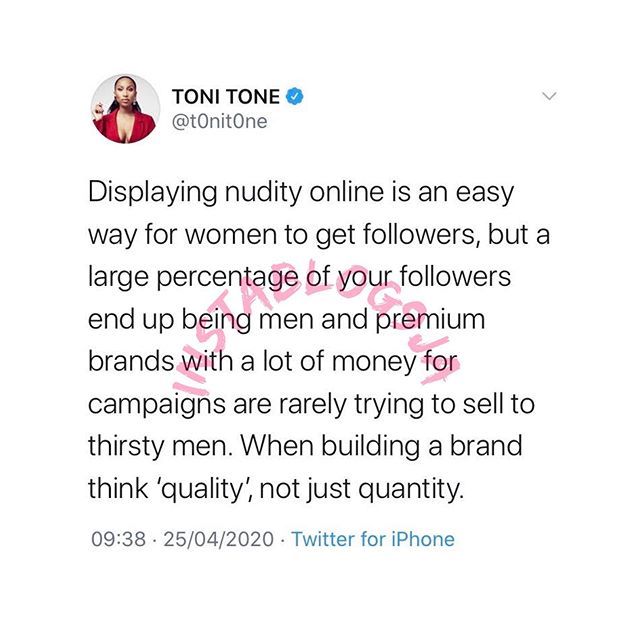 Some ladies on social media have been hitting the page of their favorite celebrities will nude pictures and video in recent days.

Just some days ago, the IG live show of rapper and singer, Slimcase were filled with

naked ladies who were vying hard to win giveaways.

themselves some cash that will sustain them for the lockdown.

This action was condemmed by top celebrities who claimed such action should not be seen on social media.

Adedokun Moses - October 21, 2020 0
Afrobeat singer and songwriter, Burna Boy have joined aggrieved youths in United Kingdom to protest against the death of youths that were killed at...

Violette Johnson - August 23, 2019 0
Ghanaian afrobeats singer, Wendy Shay has revealed that all was not rosy for her as she was growing up contrary to what many believe. The controversial...

Adedokun Moses - August 3, 2020 0
Housemate at the Big Brother Naija 'Lockdown' show, Erica have been caught in an awkward position as she expose her bare butt while having...

Yemi Alade hits hard at Nigerian Government for not improving lives of citizens after...

Violette Johnson - September 16, 2019 0
Following a report that has revealed that Nigeria is  Africa's biggest exporter of footballers, majority of people have expressed excitement about the news. However, celebrated...