Home Entertainment EndSars: Now is the time for youths to come together as one...

Popular Nigerian comedian, Mr Macaroni have tasked the youths of the country to come together as one as the fight against police brutality continue. 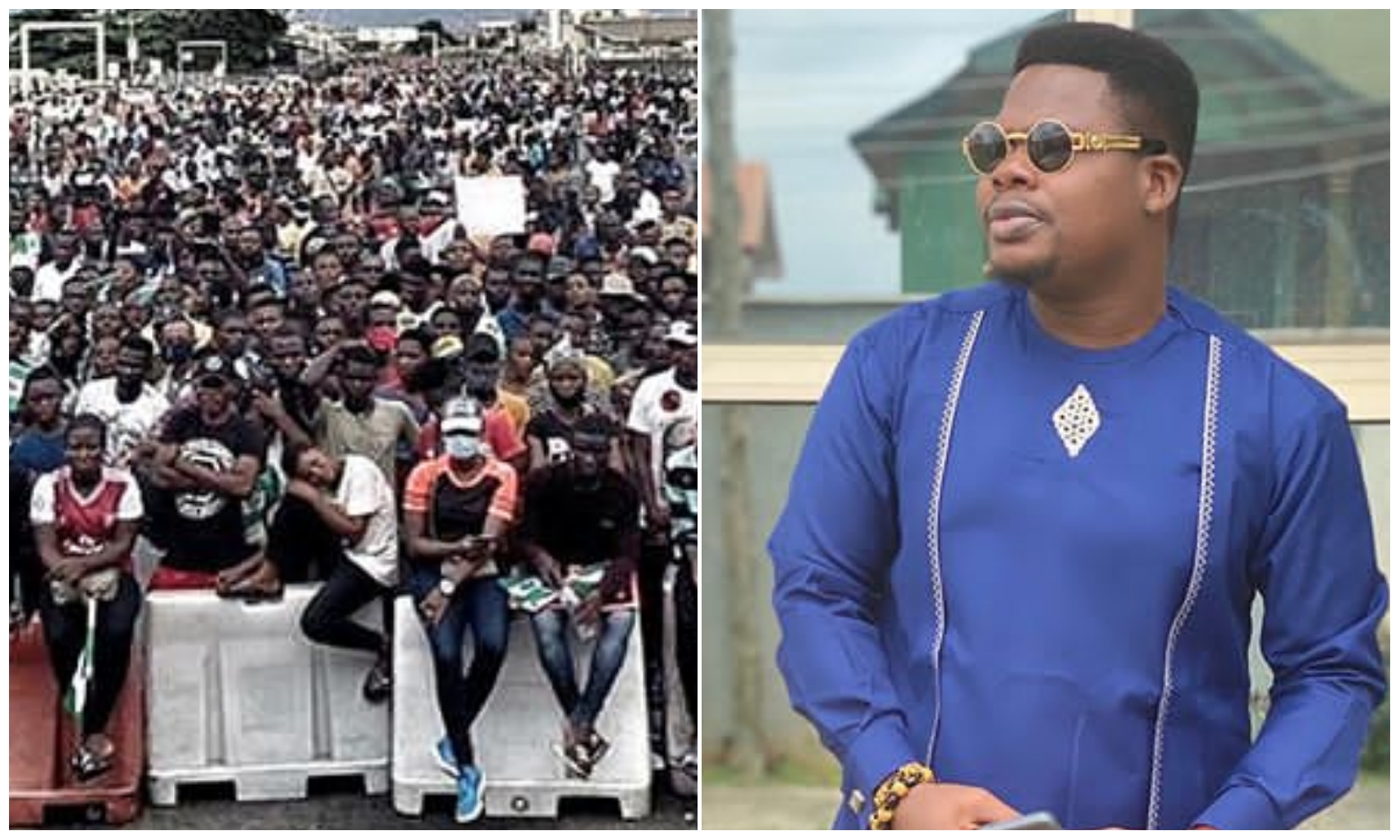 10 days and just as many thought things are going the right way, things got worst

when peaceful protesters were shot.

With curfew now placed in some major states across the country, Mr Macaroni

youths come together and be united during this trying time.

According to the award winning comedian, now is not the time for the youths to

back down and lose hope in the fight for a better Nigeria.

He added that irrespective of the religion or tribe, Nigerian youths should stand up.amd

fight till the end as this will show that their struggle have not gone in vain. 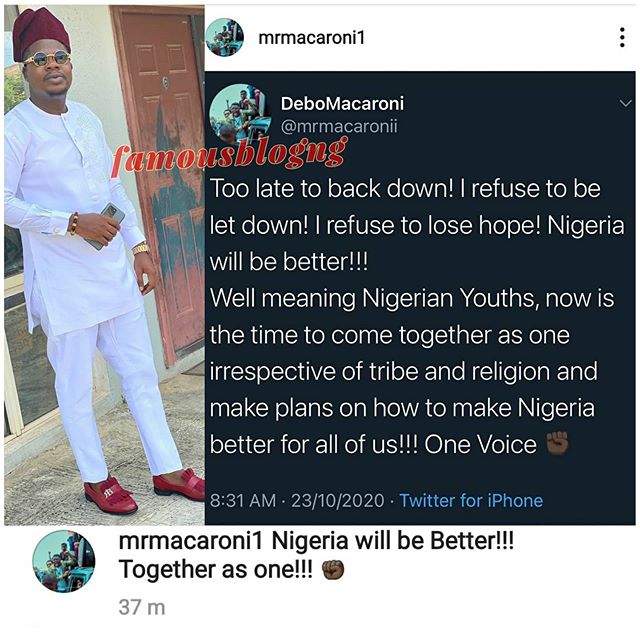 under the shadow during protest.