A fallen fuel tanker has caused gridlock on Lagos-Ibadan express road as commuters are now finding it hard to get to work. 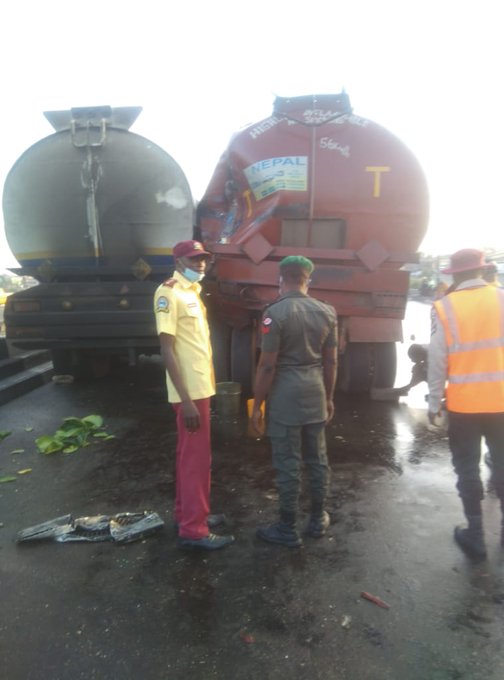 With the lockdown rules eased and Nigerians rushing out to meet end needs,

they were met with another major setback as they’ve been stuck in traffic.

According to reports, the tanker which was conveying fuel spilled it’s content by the

Otedola bridge which has now stopped vehicles from moving.

As at filling this reports, traffic officials have been spotted trying to get vehicles

away from the spot so as to avoid any sort of calamity.

#Fallentanker: A tanker conveying fuel spilled its content by the otedola bridge making it impossible for vehicles to move.#Lockdown #LagosIbdanExpressway pic.twitter.com/FF1vlbaLVR