Fast rising Nigerian entertainer, Father DMW has finally fallen in love with Evss as he proves she has the key to his heart.

started as they’ve been engaging themselves in some romantic

show as they become one of the most streamed celebrity on the social media platform.

to delete a post on social media by the model and did so within a seconds.

with the post and ask him to remove it. 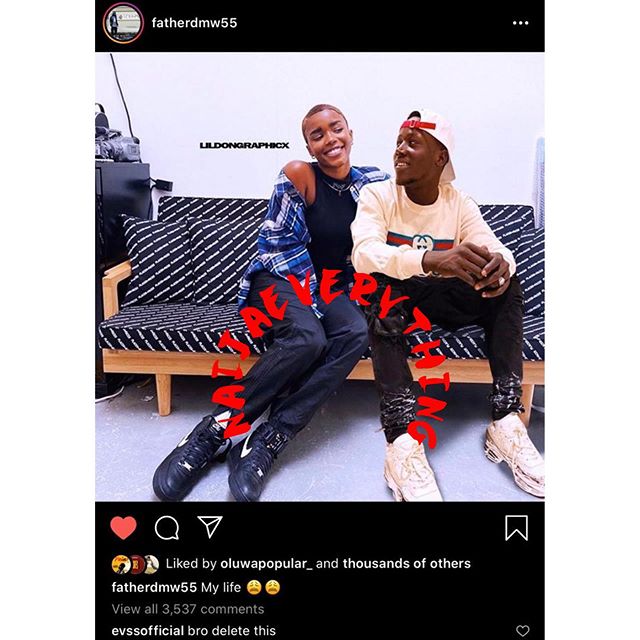 after they were alleged not to be in talking terms over some issues.