Nigerian singer Falz’s sister, Folake Falana has taken to social media to laud his brother as she revealed that their father is in full support of what they are involved in with the protest. 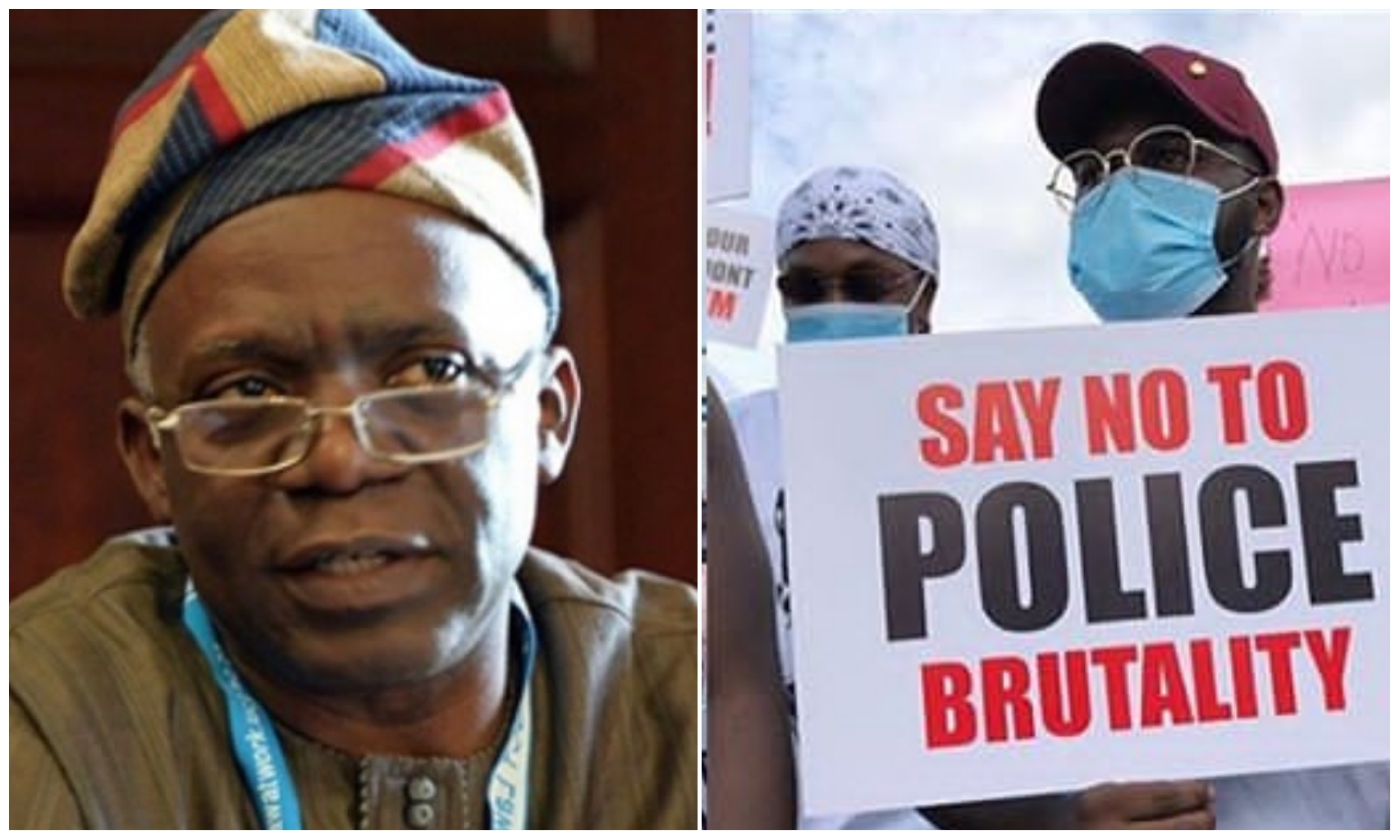 peaceful protest in Lagos State some days ago, a move that have now seen

youths across the country protesting for their right.

With Falz still protesting both on the protest ground as well as on social media,

his father who is also a respected lawyer has nothing but praise for him.

over 40 years but did not see any change like the ENDSARS protest.

“My Dad said he is so proud of everything all of us are doing and that he is especially proud of his rebellious son @falzthebahdguy.

He told us that he has been protesting for 40+years and this is unprecedented. I pray I can tell my children that we changed things. #EndSWAT,”

“My dad just sent me a bunch of pictures. As if to say, ‘when you people finish with #SARS people, please tackle these other areas’ lol. I know he is super proud of young Nigerians right now.” 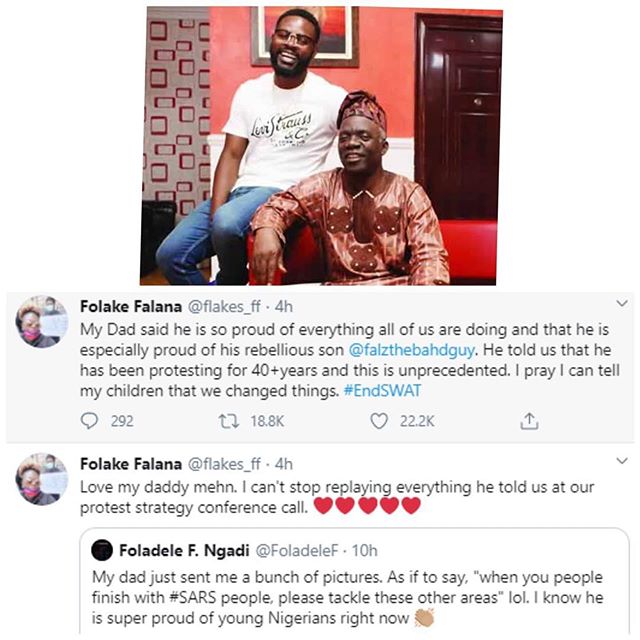 More than six people have died and scores wounded since last Saturday as the Federal have been accused of attempting to suppress the Twitter campaign.