British formula 1 player, Lewis Hamilton have joined the list of top personalities in the world to condemn the recent activities happening in Nigeria. 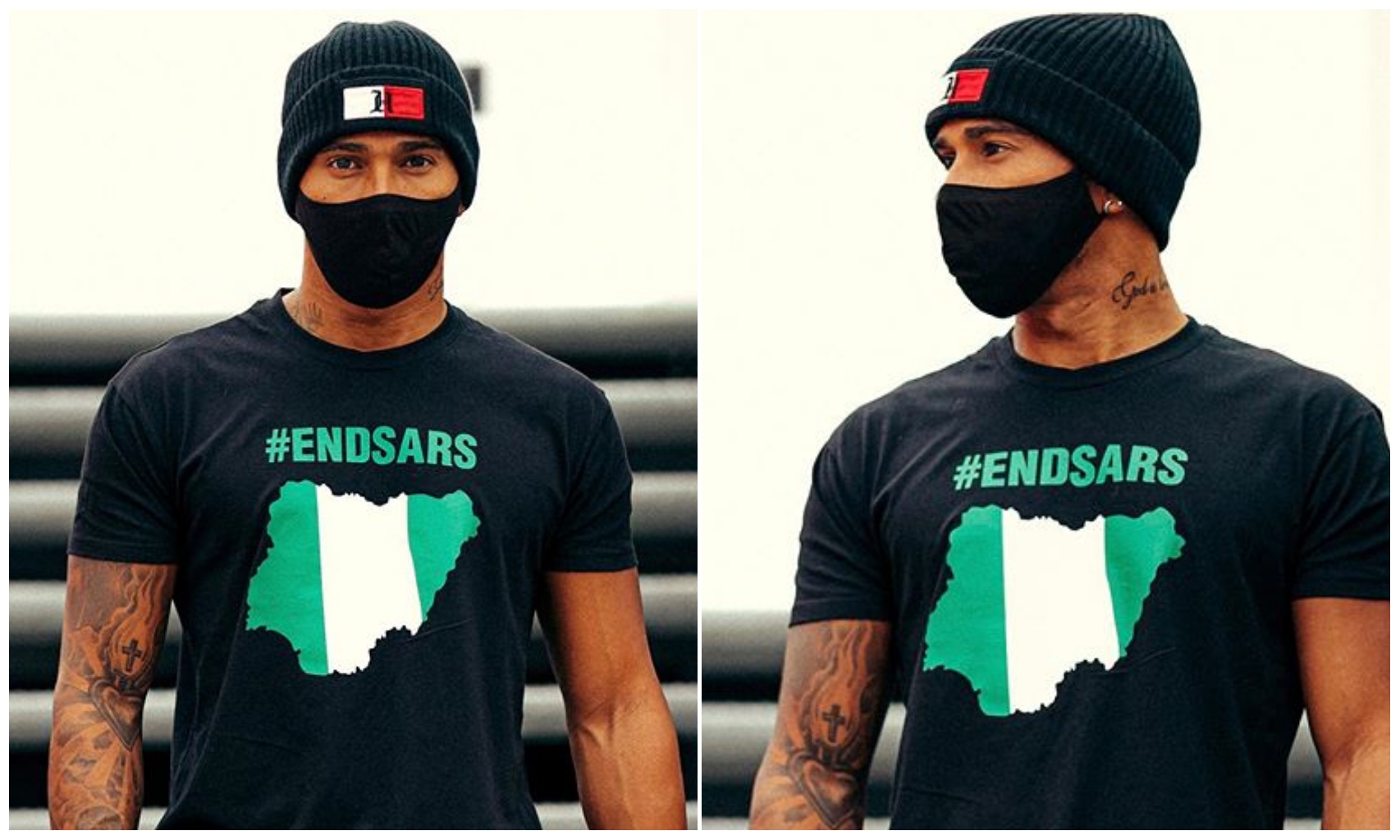 during protest, the movement have continue to grow stronger.

movement ever since it started.

Top personalities like Alicia Keys, Rihanna, Beyonce and a host of others have urged

citizens and Lewis Hamilton have stated that the events are arising

as a result of human crisis.

Regarded as one of the best driver Formula 1 would have ever seen, Lewis Hamilton

noted that everyone has a responsibility of raising awareness and educating

themselves of the happenings around them and taking actions when needed.

See his message on EndSars movement below:

Lewis Hamilton played an important role during the Black Lives Matters protest as he ensured that all his messages are well passed across to the authorities.

Instagram user speaks up on what really transpired between the Singer, Burna Boy and the married woman in the club