Nigerian-born Hollywood actor, John Boyega has reacted to the death of George Floyd noting that he hates racists as he spoke out against white on black racism that has ruined the world. 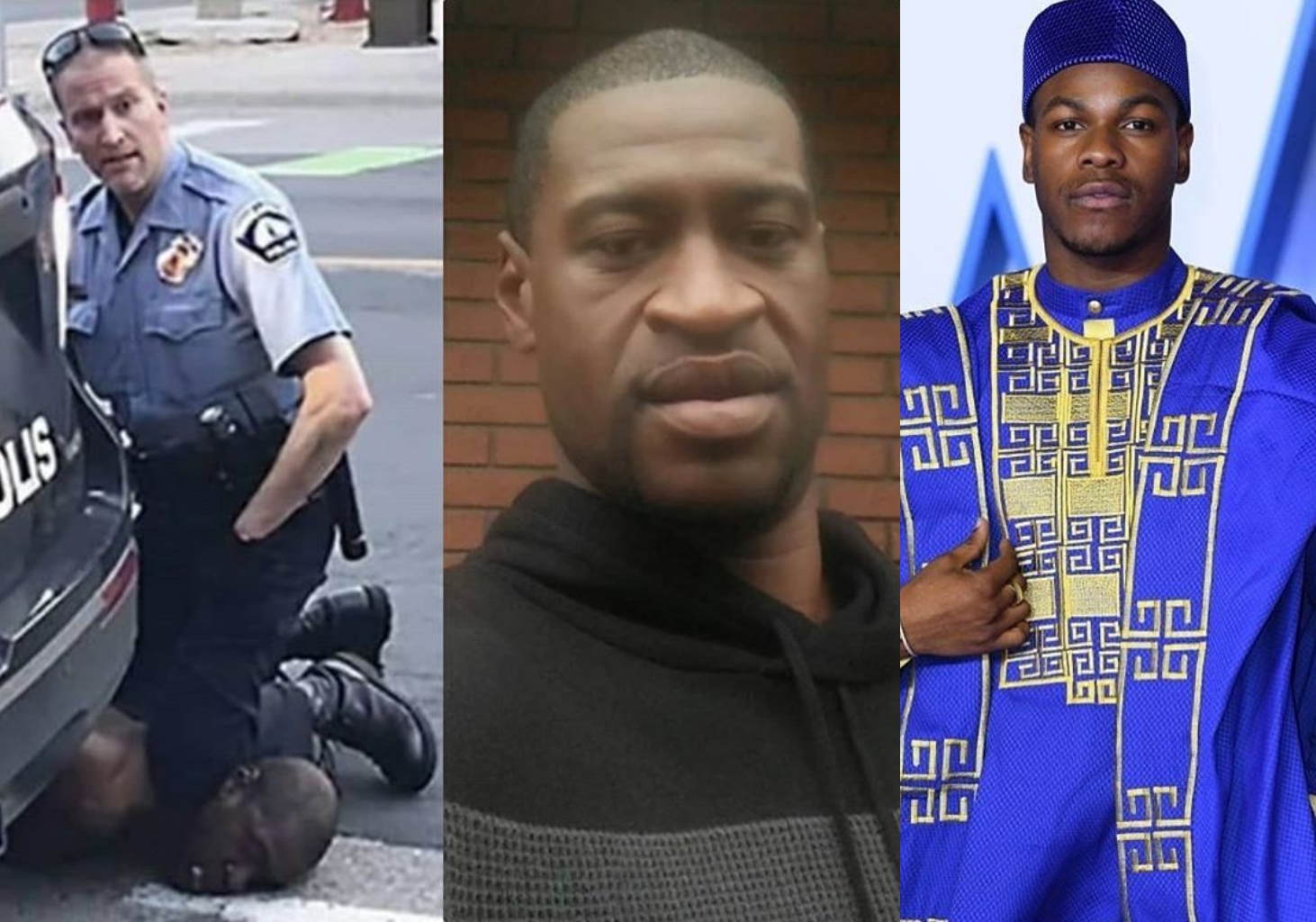 The Star Wars actor made the declaration on Wednesday morning, after paying

tribute to George Floyd, the black man who was killed while being arrested by a

call about an alleged forgery and found the suspect sitting inside a car.

George Floyd’s head was pinned to the ground with a knee as he said “I can’t breathe,” but was not released till he gave up the ghost. (Read full news here)

Sharing a picture of Floyd, he tweeted:

“This just burns, Seems to be a never-ending cycle. The murderers need to be charged severely. Even in the face of death, this man was given zero empathy.”

This just burns. Seems to be a never ending cycle. The murderers need to be charged severely. Even in the face of death this man was given zero empathy. #RIPGeorgeFloyd #BlackLivesMatter #JusticeForGeorgeFloyd pic.twitter.com/gyuaoC6vUh

Hours after the first tweet, the talented actor lashed out at racist, saying: tweet, saying: “I really f**k**g hate racists.”

his outburst while some condemmed his statements.

He has joined the likes of Cardi B and Naomi Campbell to share their thoughts on the sad event that had sparked a protest in Minnesota.