American singer and rapper, Meek Mill has revealed that he has never believed in the American Dream after the recent events happening in the country.

have struck the Universe like wild fire but Americans are battling more than that.

states after a Black American man, George Floyd was allegedly murdered by a white

With the country still in turmoil, Meek Mill took to micro blogging site, Twitter to vent

out his frustration on the situation of things as well as the long American dreams.

According to Meek Mill, he has never believed in the dream noting that he

the critics and haters.

He added that American dreams was never his priority and had to chase his personal dream so as to make it in life. 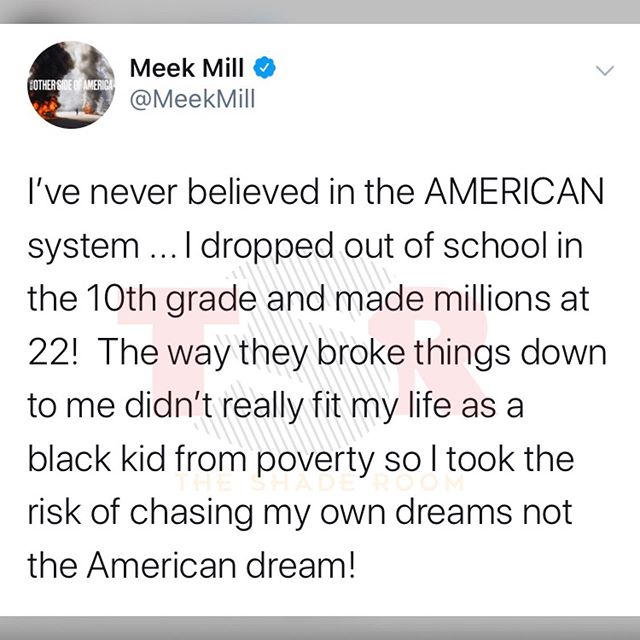 The recent killing of George Floyd have seen the hashtag Black Lives Matters trending on social media for the past few days and looks like one that will continue.