Home Entertainment “I was never arrested, I’m done with all this”- Lady who accused...

Seyitan Babatayo, the model who accused singer, Dapo Oyebanjo aka D’banj, of raping her at Glee hotel in Victoria Island, Lagos, in 2018 has responded to story circulating round the media that she’s been arrested.

filed a lawsuit against her for claiming he raped her.

“They arrested Seyitan this morning in Lagos. They arrested our client but somebody is already there to facilitate her release on bail,” her lawyers revealed.

“This matter is coming to Abuja by tomorrow; we are petitioning. The Financial Crimes Investigation Division (FCID) is taking up the petition tomorrow. That is all I can say about it for now,” they said.

However, Seyitan have changed the story line claiming she was never arrested and have

moved on from the incident.

dramas and have moved on but insisted she was given the key to the hotel room by Frank.

claimed and would not want to speak about her incident with D’Banj. 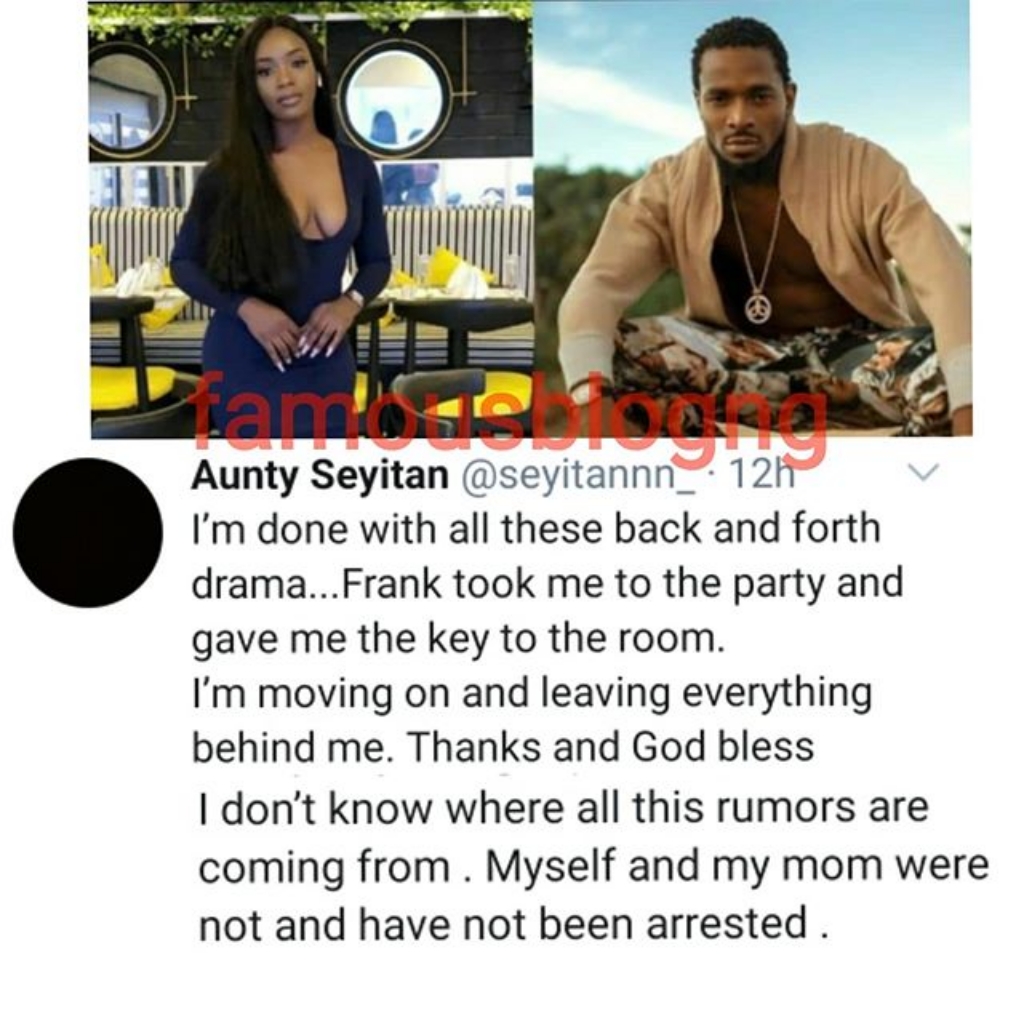 The controversies between D’Banj and Seyitan will surely continue in the next few days as fans and followers expect where the pendulum will swing.