Home Entertainment “If I say something about Davido or Tacha, it’s not dragging, it’s...

Controversial journalists, Kemi Olunloyo has revealed that her comments on singer Davido and reality star, Tacha is not aimed at dragging them. 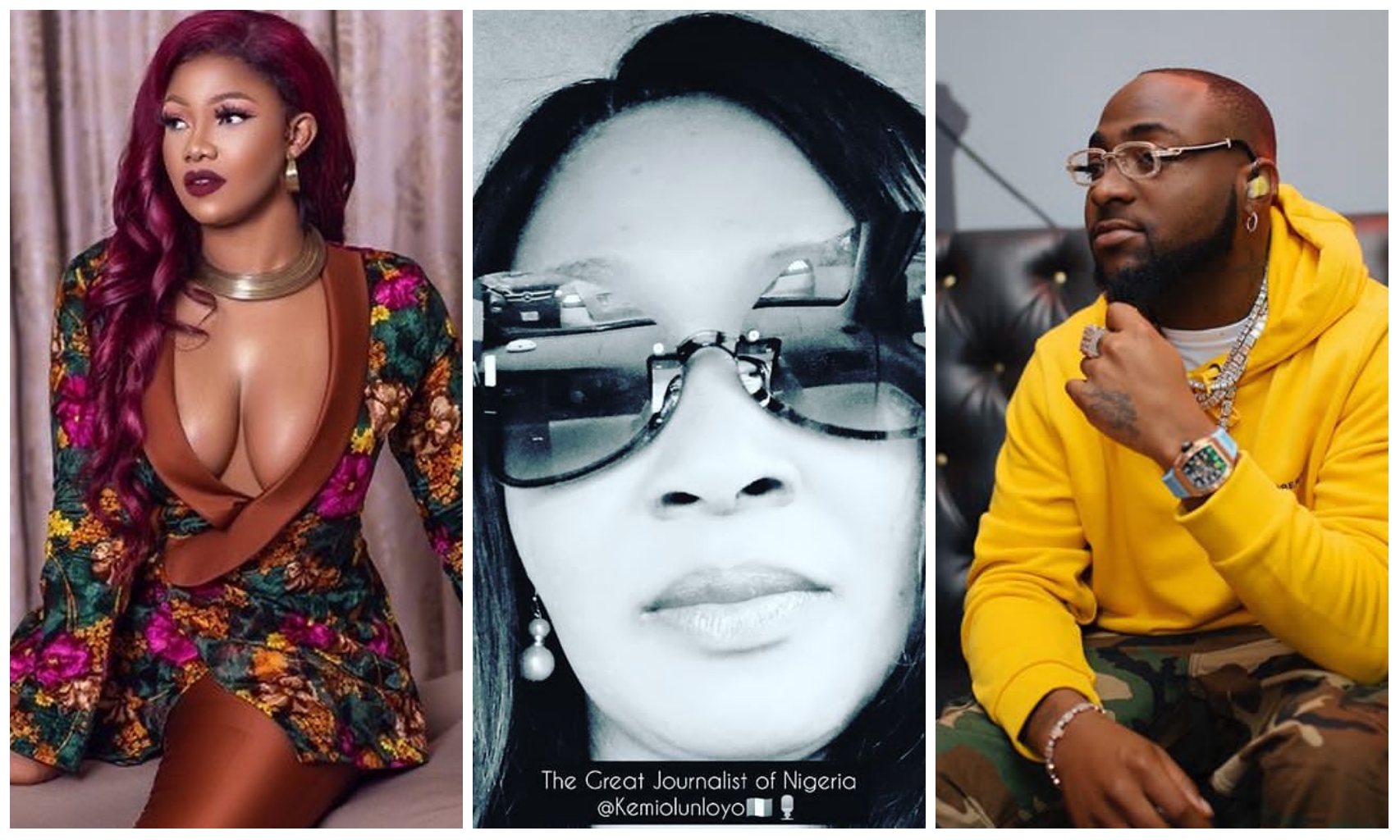 social media platforms as she sometimes go as far as bashing their fans.

However, Kemi Olunloyo while speaking on Khafi’s live broadcast on Instagram revealed

as claimed by most of their fans.

especially from that of Tacha whom are popularly called the Titans.

meant to bring her fame nor bring the person in question down.

Watch video of Kemi Olunloyo speaking about Tacha and Davido below;

“If I say something about Davido or Tacha, it’s not dragging, it’s called news”, Kemi Olunloyo reveals on #Khaffi’s live broadcast

Island, a house that has reportedly cost him over a billion naira.

claim they (Titans) can never bag a degree if they continue following her.

Though she has been trolled and dragged on numerous occasions by fans of both stars, Kemi Olunloyo has been consistent in aiming dig at them.

If your girlfriend doesn’t ask you for money, she is cheating with a rich man – Princess Shyngle