Gianna Floyd, the six years old daughter of the deceased Black American man, George Floyd has been caught on camera hailing the impact of her late father. 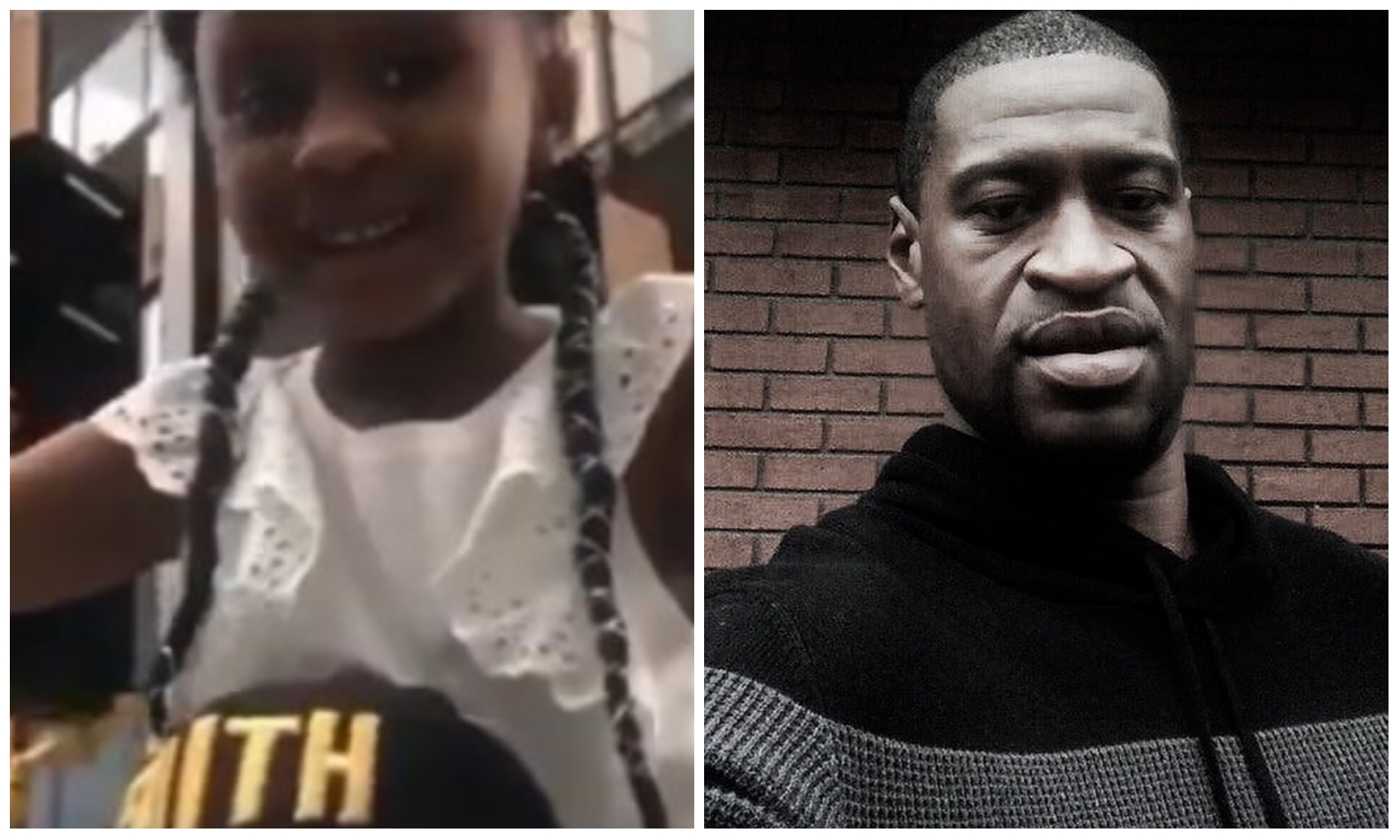 stormed the street to protest and make their thoughts known.

colour as they tend to put an end to it with immediate effect.

the world as she could be heard saying “Daddy changed the world’ in an heartwarming video.

that saw her weeping profusely as she laments on the loss of her mother.

According to George Floyd’s mother, her son would not have the opportunity to see her young daughter grow as well as achieve some great milestone in life.

Desmond you fall my PR!ck – Mr P attacks Desmond Elliot over his comment on youths