Award indigenous rapper, CDQ have thrown a jibe at Seyi Tinubu, the son of popular Nigerian politician, Bola Hammed Tinubu, over the treatment he received from Nigerians in London. 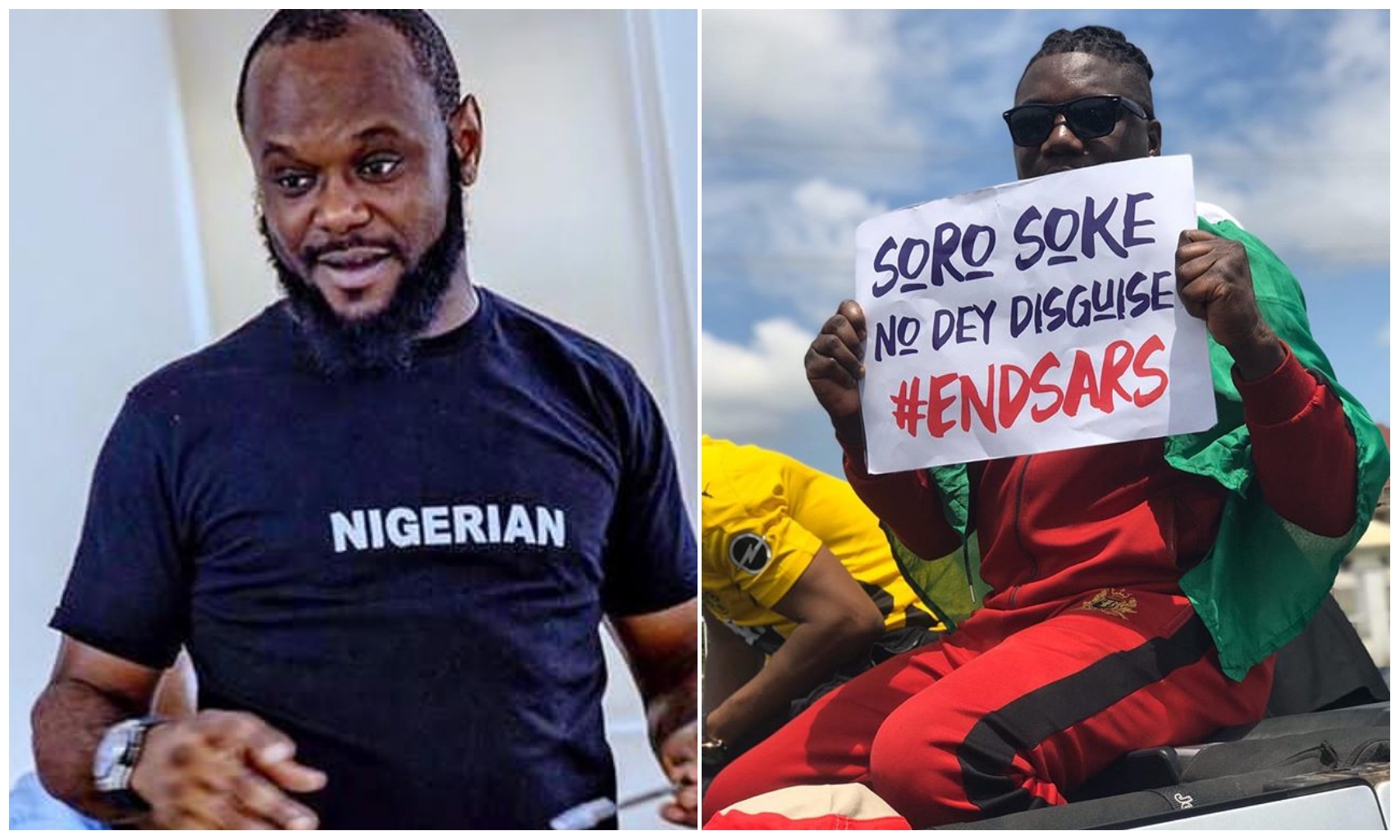 peaceful protesters that were killed at the Lekki tollgate, Seyi Tinubu was spotted in

London as reports have it that he was looking for a safe harbor.

Nigerians living in diaspora over the situation of things in the country.

him by noting that Karma is a b!tch no one can run from.

played a major role in the singer attacking him back.

Reacting to the news, CDQ tweeted:

Seyi Tinubu Howfar. heard u ran away to London already ?no worry karma is a bitch. U and all ur family e o le ever ni isimin mo konshe epe ?I told u dis wil mark the end of oppressor era. How u see am now ✊Nigga tryna play fast 1 u n ur team run go write fake news shebi? 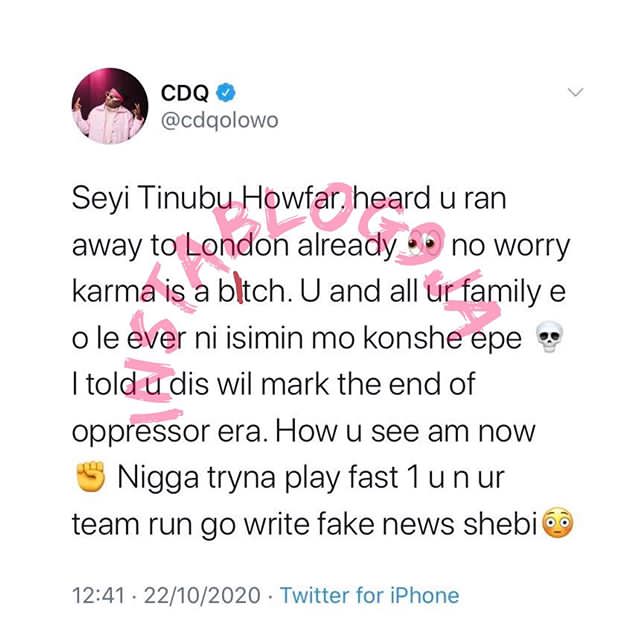