Lagos State Governor, Babajide Sanwo-Olu have joined millions of Nigerian youths in voicing their frustration against police brutality in the country. 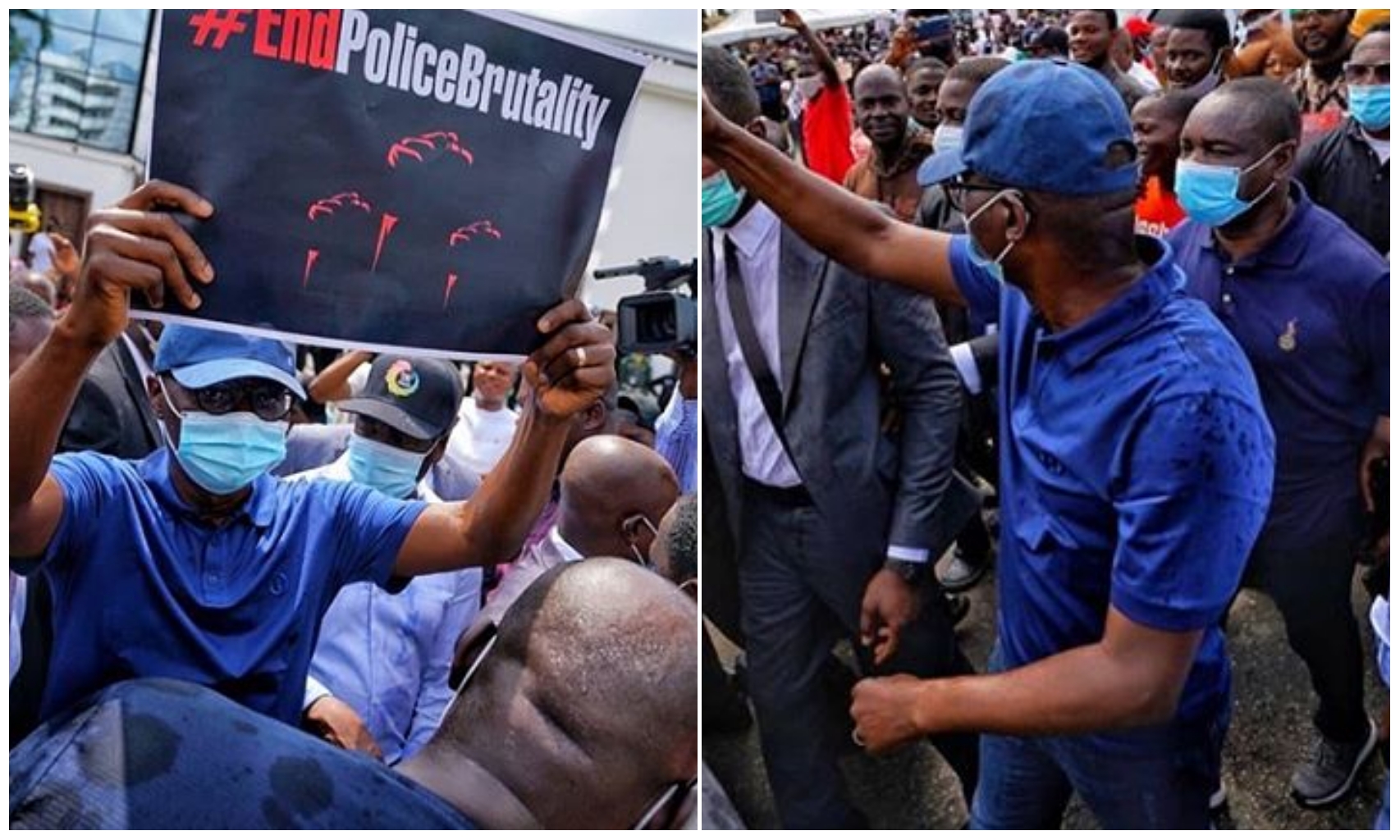 atrocities done by some members of the police force.

Though the SARS department have been disbanded, youths are still on the street

from the Government as some protesters have been injured and shot.

protesters yesterday night have now marched alongside youths in asking for

the end of police brutality.

Governor was seen holding a placard that ask for police brutality to come to an end.

See pictures of Sanwo-Olu protesting below:

Meanwhile, citizens of Rivers State have flood out in huge numbers to protest despite the Governor of the state, Nyesom Wike banning any form of protest.