Hartley Sawyer who has played Ralph Dibny a.k.a. Elongated Man on ‘The Flash’ for the past three seasons, has been fired

from the CW series after his tweets containing misogynist and racist 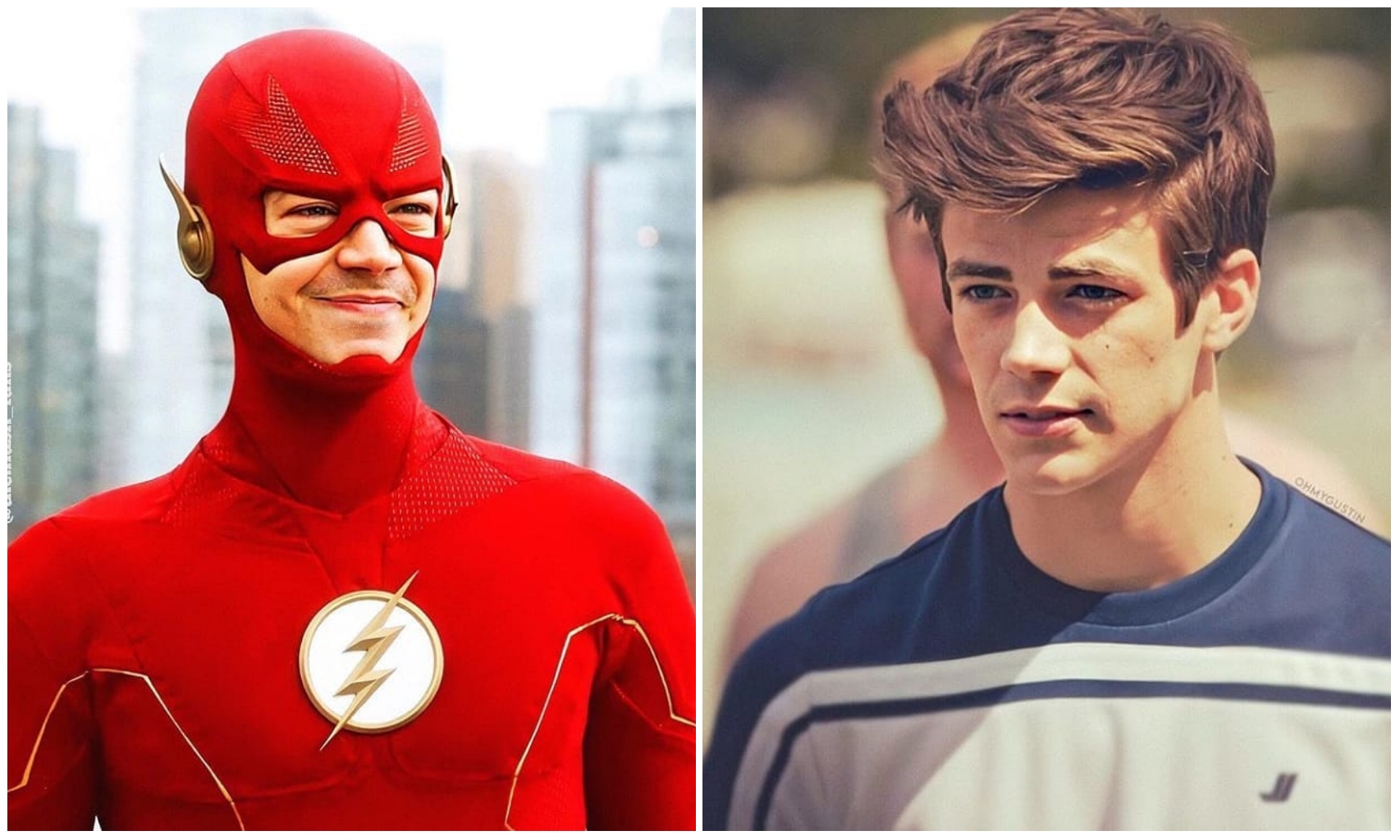 Though Sawyer’s Twitter account has been deleted, his old tweets however began to circulate at the end of May.

“The only thing keeping me from doing mildly racist tweets is the knowledge that Al Sharpton would never stop complaining about me.”

“Enjoyed a secret boob viewing at an audition today.” 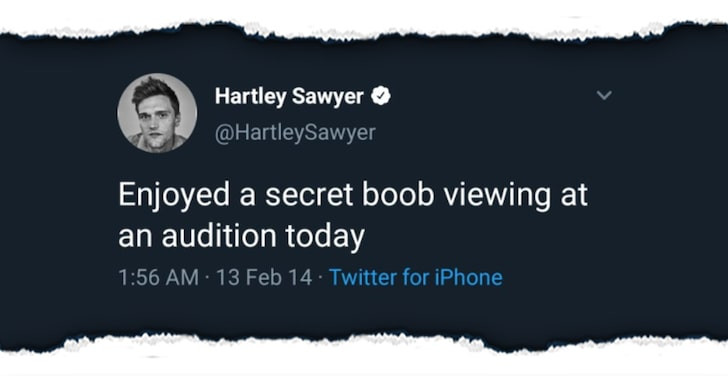 See more of his tweets below; 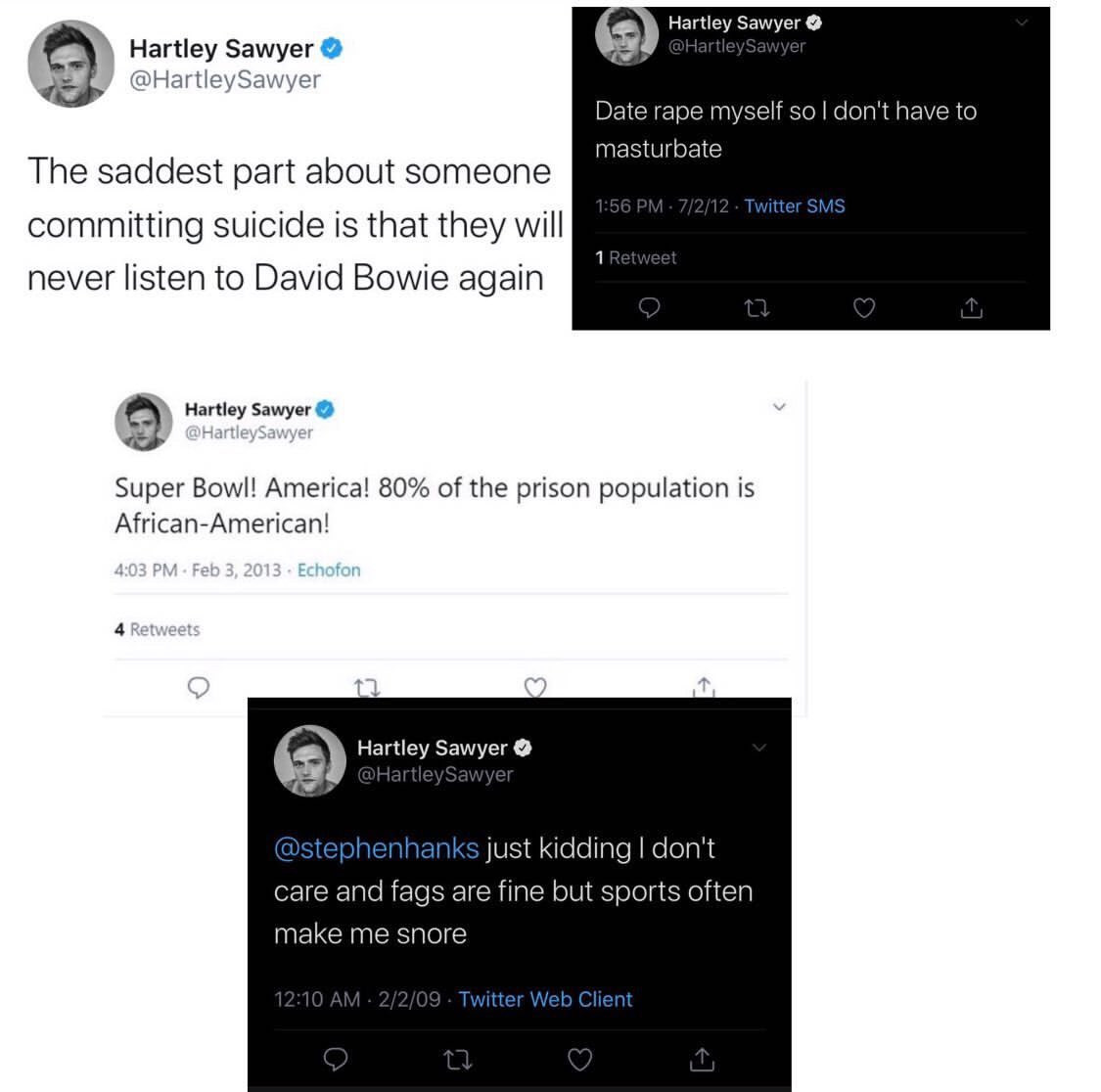 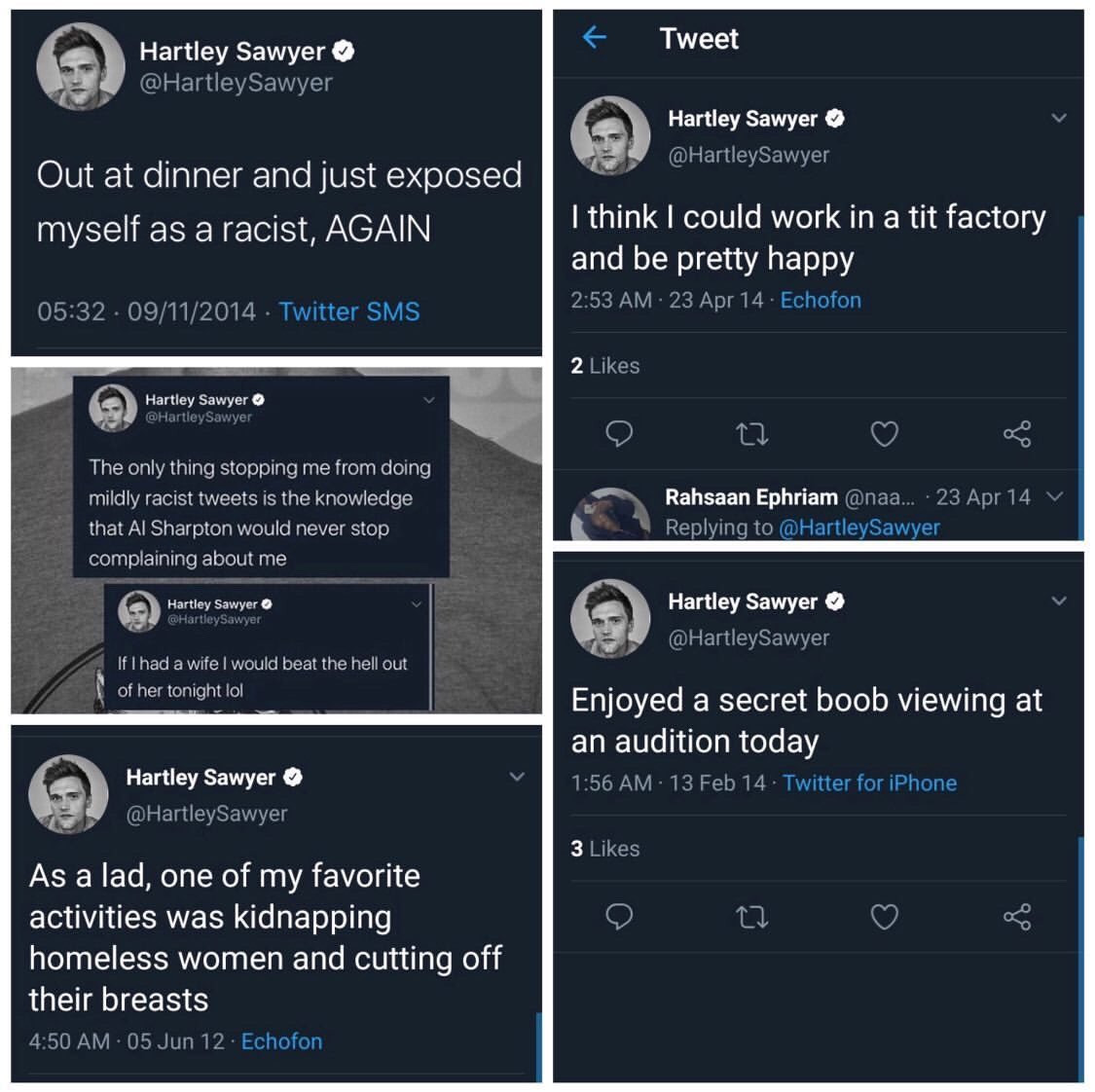 Following the outrage Sawyer’s tweets incited, CW and the series producers Warner Bros Television and Berlanti Productions have confirmed his sack in a statement released on Monday June 8.

“Hartley Sawyer will not be returning for Season 7 of The Flash. In regards to Mr. Sawyer’s posts on social media, we do not tolerate derogatory remarks that target any race, ethnicity, national origin, gender, or sexual orientation. Such remarks are antithetical to our values and polices, which strive and evolve to promote a safe, inclusive and productive environment for our workforce.” 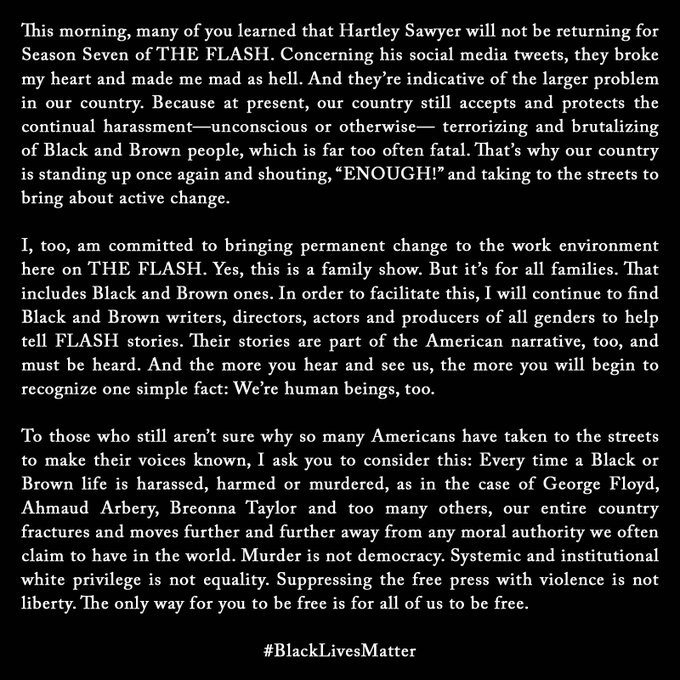 The Flash executive producer, Eric Wallace also shared his thought on the firing of Sawyer from the long-running Arrowverse series.

“They broke my heart and made me mad as hell, and they’re indicative of the larger problem in our country. Because at present, our country still accepts and protects the continual harassment — unconscious or otherwise — terrorizing and brutalizing of Black and Brown people – which is far too often fatal. That’s why our country is standing up once again and shouting “ENOUGH” to bring about active change”

Sawyer has issued an apology in which he said he is incredibly sorry, ashamed and disappointed in himself for his ignorance back then.

My words, irrelevant of being meant with an intent of humor, were hurtful, and unacceptable. I am ashamed I was capable of these really horrible attempts to get attention at that time. I regret them deeply.
This was not acceptable behavior. These were words I threw out at the time with no thought or recognition of the harm my words could do, and now have done today.
I am incredibly sorry, ashamed and disappointed in myself for my ignorance back then. I want to be very clear: this is not reflective of what I think or who I am now.
Years ago, thanks to friends and experiences who helped me to open my eyes, I began my journey into becoming a more responsible adult – in terms of what I say, what I do, and beyond. I’ve largely kept that journey private, and this is another way that I have let so many down. I still have more work to do.
But how I define myself now does not take away the impact of my words, or my responsibility for them. I am very sorry. 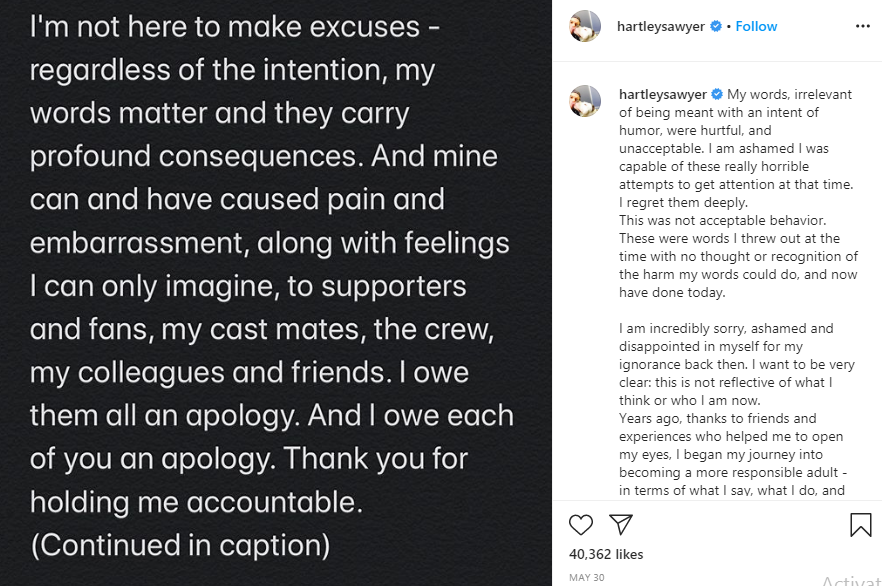