Governor of Lagos State, Babajide Sanwo-Olu and his adorable wife, Ibijoke Sanwo-Olu has celebrated the Easter Sunday by worshipping online. 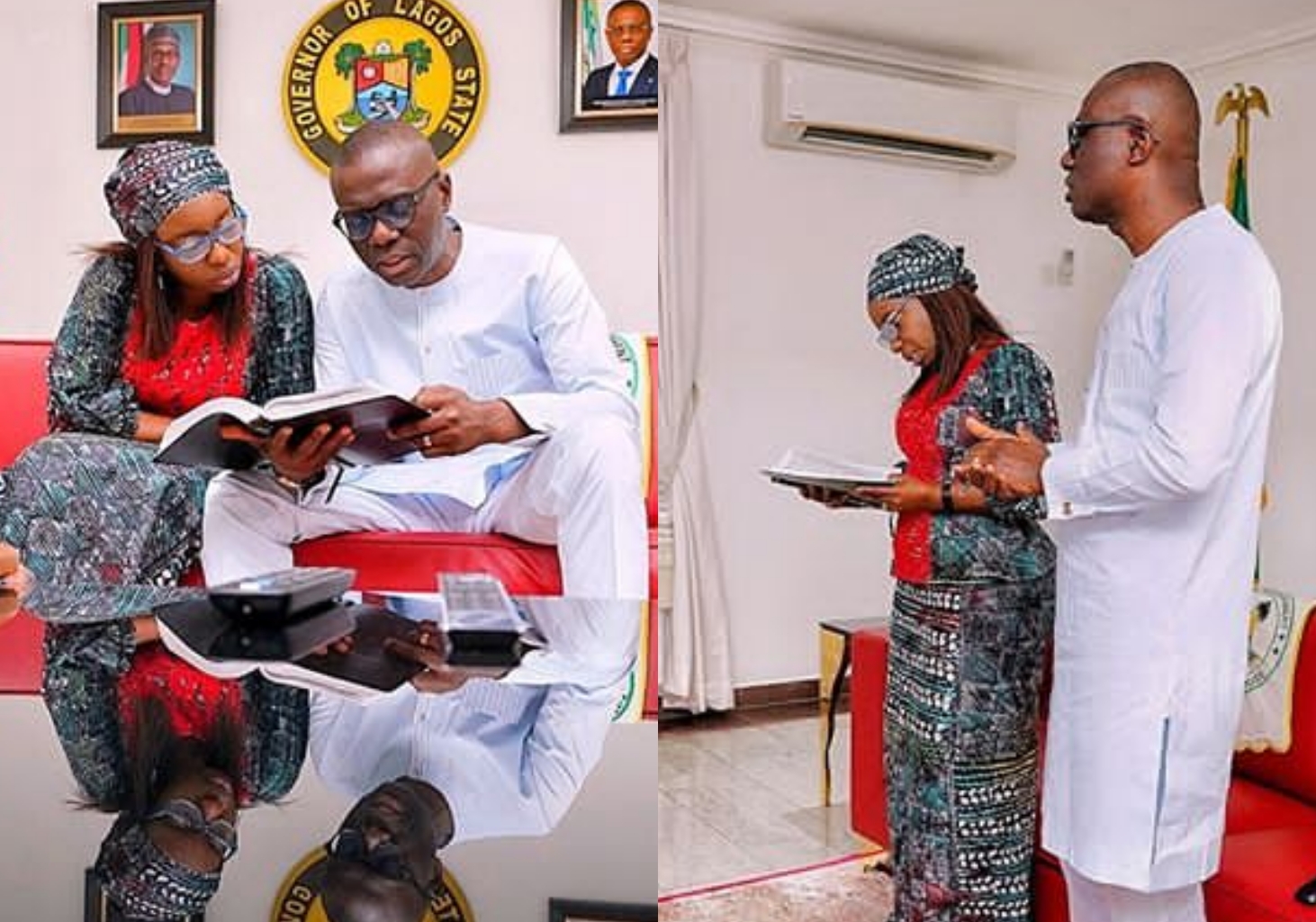 Coronavirus, churches and mosques has been closed down.

To prevent further outspread of the virus, public gathering has also been banned

with gathering of more than 20 peoples prohibited.

With citizens now celebrating Easter, there has been some rumours that the

abide by the order so as to reduce the number of casualties.

Sanwo-Olu has now taken the footstep of a good leader as he worship online with his wife at home during the Easter Sunday celebration.

The number one citizen of Lagos and his wife were pictured having a time together with God as they tend to pray for the nation.

See photos of Babajide Sanwo-Olu and his wife worshipping online for Easter Sunday below:

My wife and I worshipped online for Easter, praying for our family, Lagos and Nigeria. Easter offers us an opportunity to rethink our relationships as individuals, as communities and as a Nation as we face these extraordinary times together. We are strengthened for the work ahead and pray that the ominipresent God we serve, visits every home at this time. Amen.

Lagos State is currently the most affected state in the country having record more Coronavirus cases more than the other 35 states.

However, there have also been some positive news in the past few days with some patients already being discharged.

The Governor on several occasions have come out to reveal how  much effort is administration is putting in the fight against the virus.

Sanwo-Olu has also been consistent in advising the citizens to always observe all safety precautions.