Ghanaian actor and comedian, Micheal Blackson shares throwback pictures with Father DMW, Craze Clown and others Naija comedians as he tease them with their current situation. 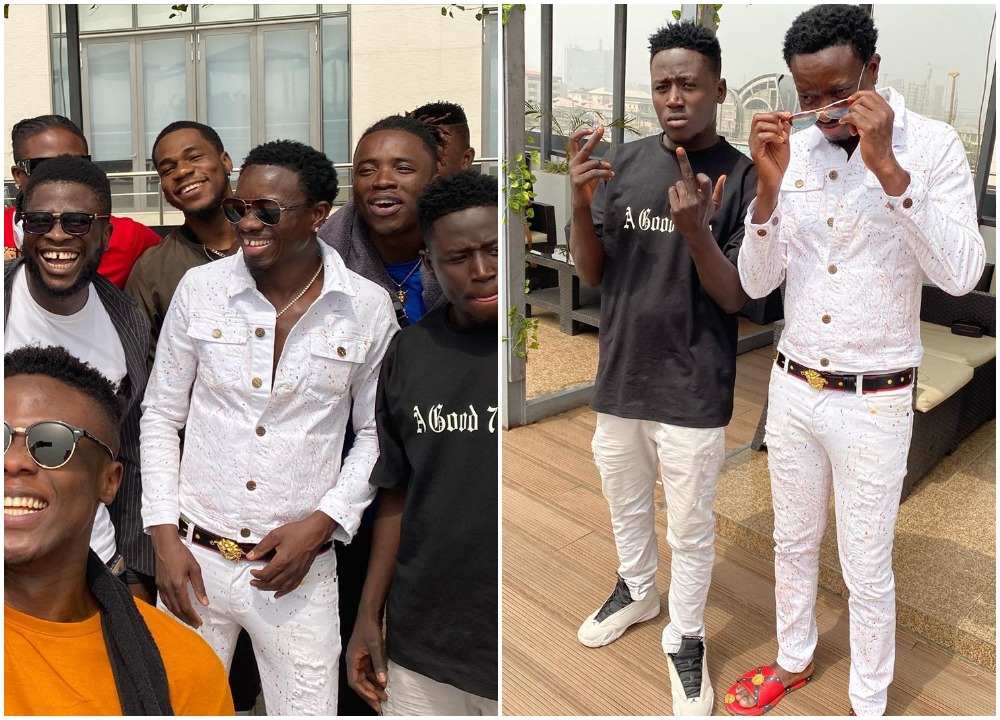 Micheal Blackson has become one of the most sort after talent in Africa and has been using the opportunity to tour round the globe to influence other aspiring entertainers.

With Nigeria known to be accommodating, Micheal Blackson took the bold step in coming to

the country and he’s still having a great memories despite leaving for Ghana after spending just days.

Nigeria comedians as he seized the moment to poke fun at their current predicament.

In the picture were Craze Clown, Og Lamba, Kido Blanco and wave of the moment, Father DMW.

meanwhile , Michael Blackson has been involved in some serious conversation with Father DMW

in the past few days.

life and the assets he own that no one knows about.

According to Father DMW, he has a Rolls Royce that looks exactly like Lil Baby’s own

and that he’s also a virgin, a statement that has raised eyebrows on

social media ever since then.

Mercy is not going anywhere, Ike said after a fans accused him of cheating (video)