Referee Roddy Zambrano has explained his controversial decisions during the Copa America semi-final between Brazil and Argentina after Lionel Messi questioned his performance. 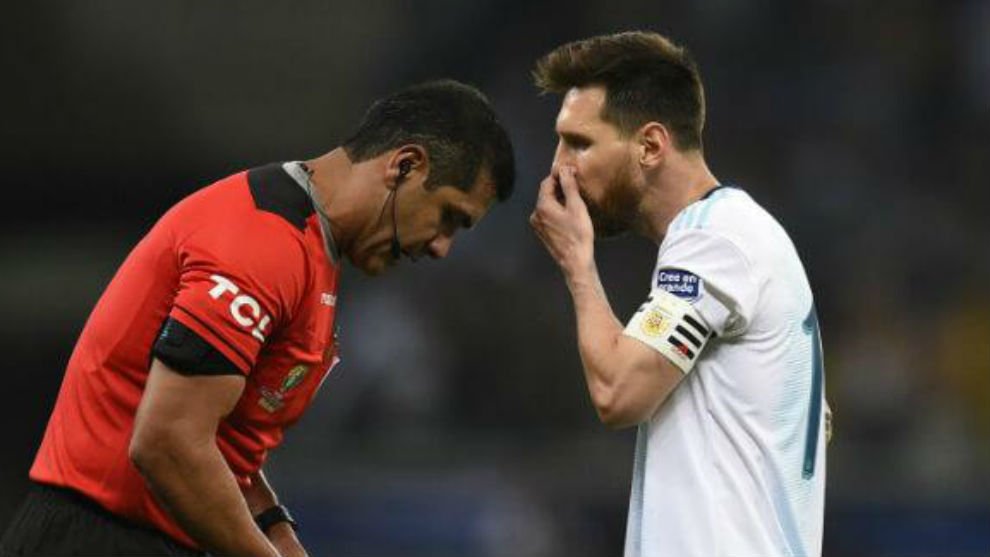 The Ecuadorian referee took charge of the contest that saw Brazil win 2-0, although did not award what appeared to be clear penalties for Argentina on two occasions nor use VAR in either situation.

Sergio Aguero was felled off the ball by Dani Alves in the first instance, while Arthur appeared to nudge Nicolas Otamendi over in the box in a separate coming-together but neither decision was given the Albiceleste’s way, with the official suggesting the first incident was actually a foul on Alves, while the second was a fair challenge.

READ
Body found at the home of Arsenal midfielder

“It’s not a nudge [from Arthur on Otamendi], the VAR checked and determined that it was 50-50,” Zambrano told radio station Super K-800 . “They did not consider it to be a clear penalty.

“On the first play it is clear that Aguero steps in. It’s almost a reckless foul on the defender.

“I never lost contact with the VAR, that is totally false.

“[Messi] is dedicated to playing and I never had problems with him, the truth is that I was surprised by his statements after the match, but everyone has their opinion.”

Starboy Wizkid is asking an important question about Suya