The European body in Charge of footballing activities across Europe, UEFA Suspends 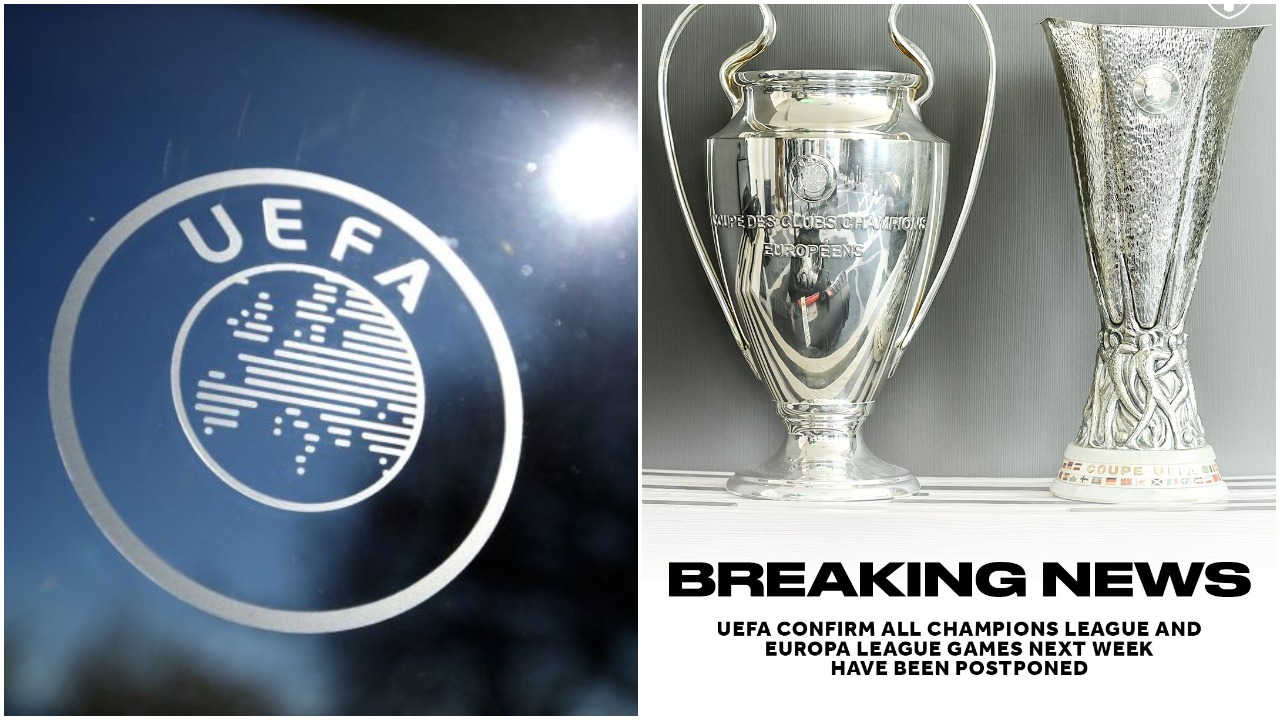 The announcement was made via a press release which reads: “In the light of

“This includes the remaining UEFA Champions League, Round of 16 second leg matches

“Further decisions on when these matches take place will be communicated in due course.

“As a consequence of the postponements, the UEFA Champions League and UEFA Europa

League quarter-final draws scheduled for 20 March have also been postponed.

“UEFA yesterday invited representatives of its 55 member associations, together with the

FIFPro, to a video conference meeting on Tuesday 17 March to discuss European football’s response to the outbreak.”