Gabriel Jesus threatened to turn from hero to villain but his Brazil team-mates sealed a 3-1 win over Peru at the Maracana and a ninth Copa America title. 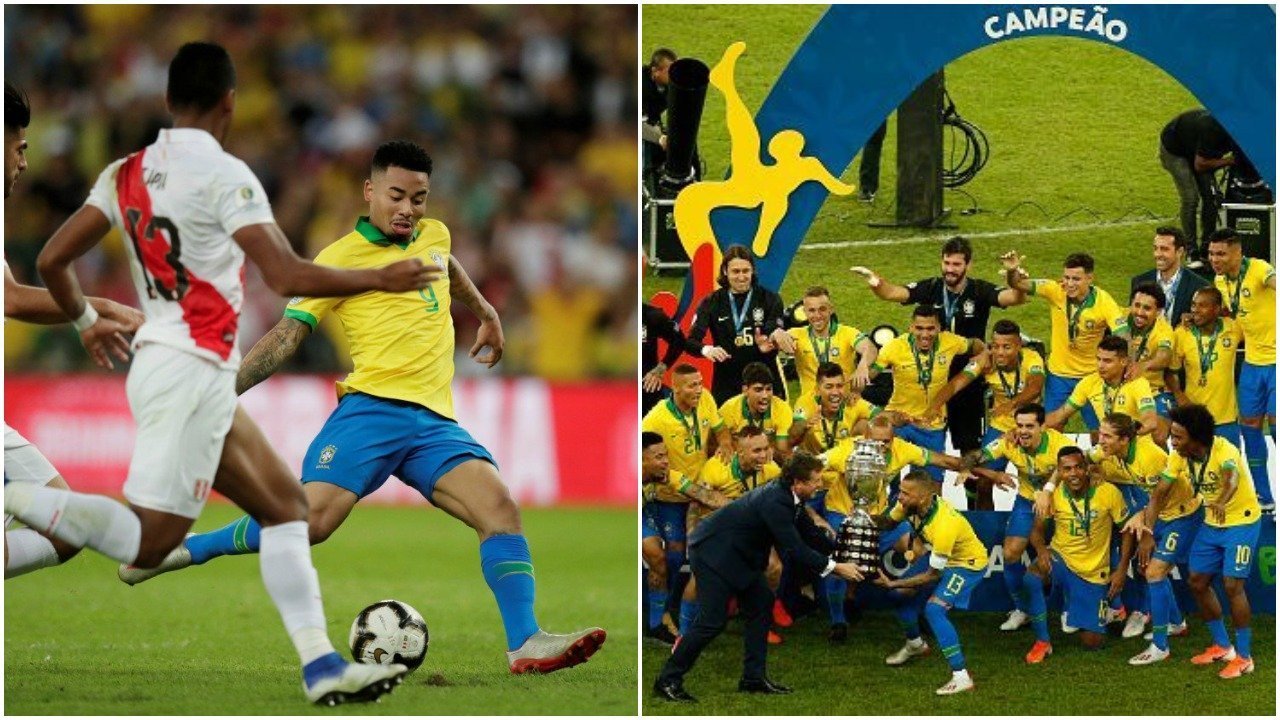 Tite’s men beat their final opponents 5-0 during the group stage but were under pressure when Peru skipper Paolo Guerrero cancelled out Everton’s opener with a 44th-minute penalty.

That set the five-time world champions’ on course for their first major honour in 12 years, although a clumsy aerial challenge on Carlos Zambrano was enough to earn Jesus a second yellow card and set up a fraught finale – until substitute Richarlison dispatched a final-minute penalty to spark buoyant celebrations.