Manchester United striker, Odion Ighalo’s wife have debunked rumours spreading round social media that his house at Lagos was attacked by angry mobs after he called out the Government. 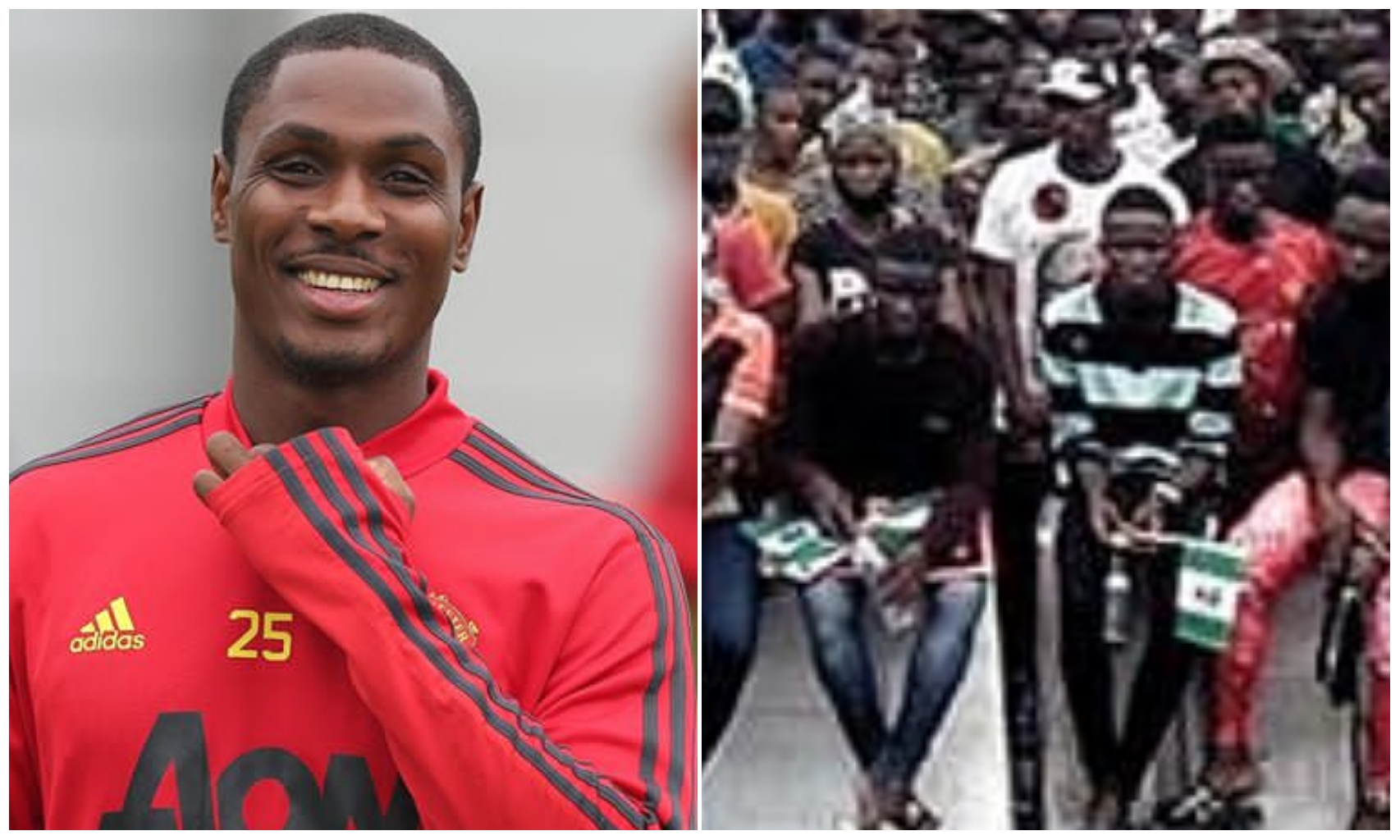 tollgate were being shot by some alleged military men.

which he labelled as a disgrace.

Barely 12 hours after his rant on social media, video of a building being attacked

Shanghai Shenua striker who is currently on loan at United house was under attack.

raided in the attack.

Reacting to the story, Odion Ighalo’s wife some minutes ago stated that this reports

are false as his house in Nigeria have not been attacked by any miscreants.

She urged people to stop spreading fake news at this time when the country need to be united before urging everyone in the country to stay safe. 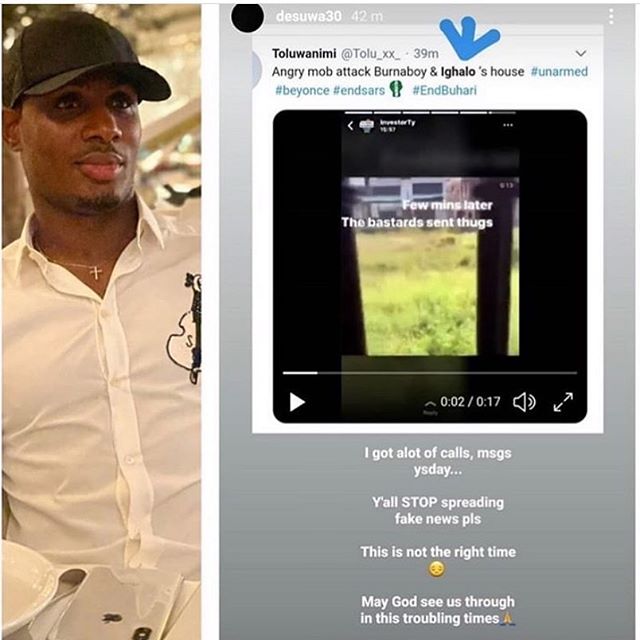 Odion Ighalo have been in some good form ever since he joined Manchester United and have been convincing Ole Gunnar Solskjaer why he deserves a place in the team.

“You are a wicked person” – Body Shaping brand, Deshapeables Blast Nkechi Blessing for breach of contract