Anthony Joshua has been ordered to put his world heavyweight titles on the line against mandatory challengers Kubrat Pulev and Oleksandr Usyk . 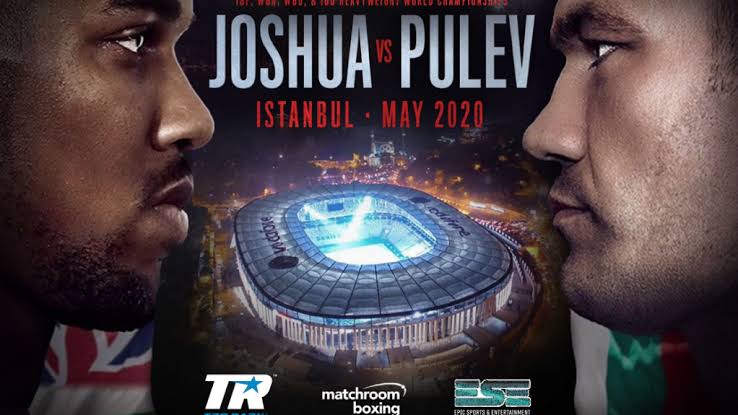 Kubrat Pulev has suggested he could get a shot at Anthony Joshua in Istanbul in May.

The Brit is eyeing his next opponent after regaining his world heavyweight titles by beating Andy Ruiz Jr in Saudi Arabia in December.

Joshua has been ordered to put his titles on the line against mandatory challengers Pulev and Oleksandr Usyk.

Pulev is the mandatory challenger for the IBF title and a spokesperson recently confirmed the fighters had until the end of January to agree terms.

There have been reports the deal is done and one of which was shared by Pulev on his official Facebook page.

He uploaded a promo image of the two fighters accompanied by the caption Joshua vs Pulev, Istanbul, May 2020.

It is suggested the fight would take place at the Vodafone Arena, home of Turkish football side Besiktas.

The all-seater stadium has a capacity of just over 41,000.
“I have just been told that the Pulev and Joshua camps have asked until January 31 to negotiate,” the IBF spokesperson told Sky Sports.

Joshua was due to face Pulev in 2017 before the Bulgarian pulled out due to injury.

Promoter Eddie Hearn is believed to be seeking official clarification on who Joshua should take on next.