Once a champions, always a champion they say and that was the mentality needed by current World No.2 Rafael Nadal to win his 4th U.S Open title and 19th career Grand Slam in a nervy 5 set thriller. 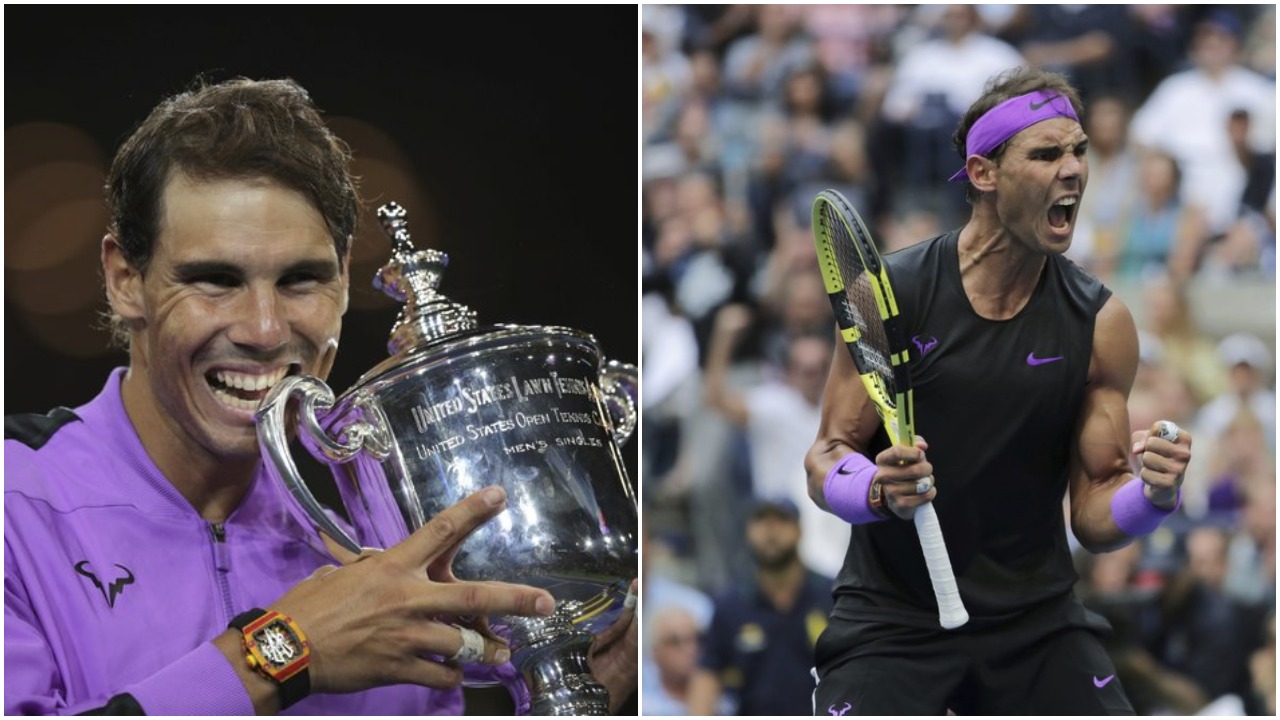 What had all the makings of a casual crowning morphed into a grueling contest thanks to Nadal’s opponent, Daniil Medvedev, a man a decade younger and appearing in his first major title match. Down by two sets and a break, Medvedev shifted styles, upped his level against a rattled Nadal — and even received an unexpected boost from the Arthur Ashe Stadium spectators.

Truly tested for the only time in the tournament, the No. 2-seeded Nadal managed to stop Medvedev’s surge Sunday and hold off his historic comeback bid, pulling out a 7-5, 6-3, 5-7, 4-6, 6-4 victory in 4 hours, 50 minutes of highlight-worthy action and Broadway-worthy drama to collect his fourth championship at Flushing Meadows. 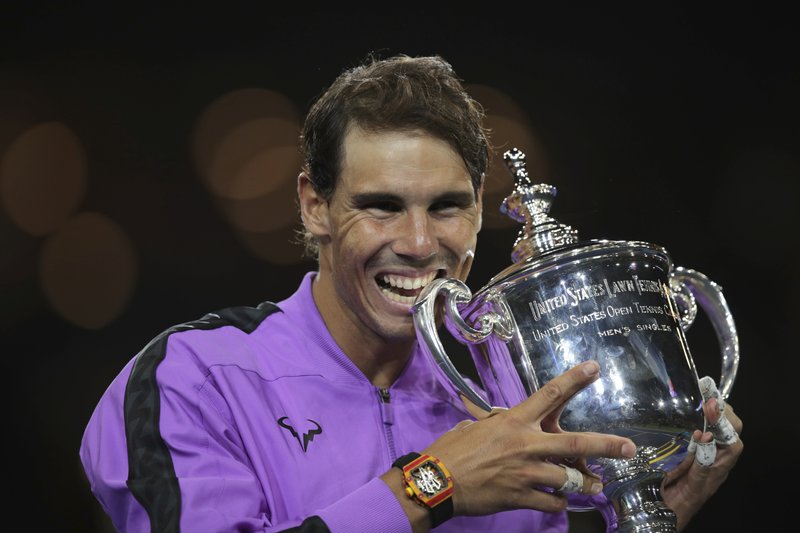 “One of the most emotional nights of my tennis career,” said Nadal, who covered his face with his hands while crying when arena video boards showed clips from each of his Slam triumphs.

“The last three hours of the match have been very, very intense, no?” Nadal said. “Very tough mentally and physically, too.”

Now at 19 majors — a total Medvedev called “outrageous” — Nadal is merely one away from rival Roger Federer’s record for men. 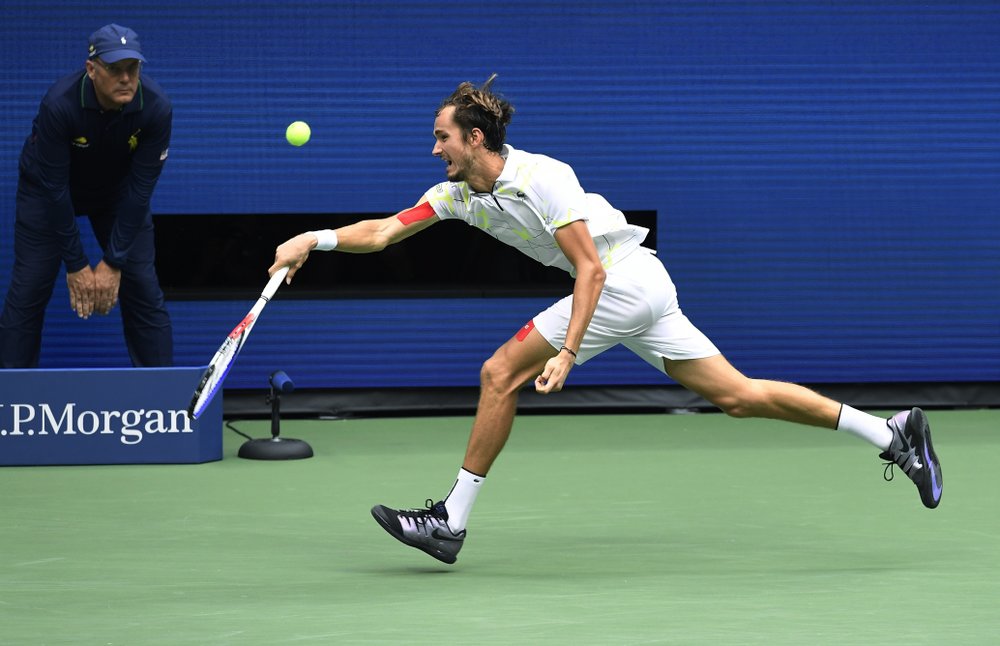 But this one did not come easily. Not at all.

Sure seemed it might, with Nadal ahead by two sets and a break in the third at 3-2, playing like “a beast out there,” as the No. 5-seeded Medvedev put it.

At that moment, Medvedev would joke afterward, this is where his thoughts were: “OK, in 20 minutes I have to give a speech. What do I say?” 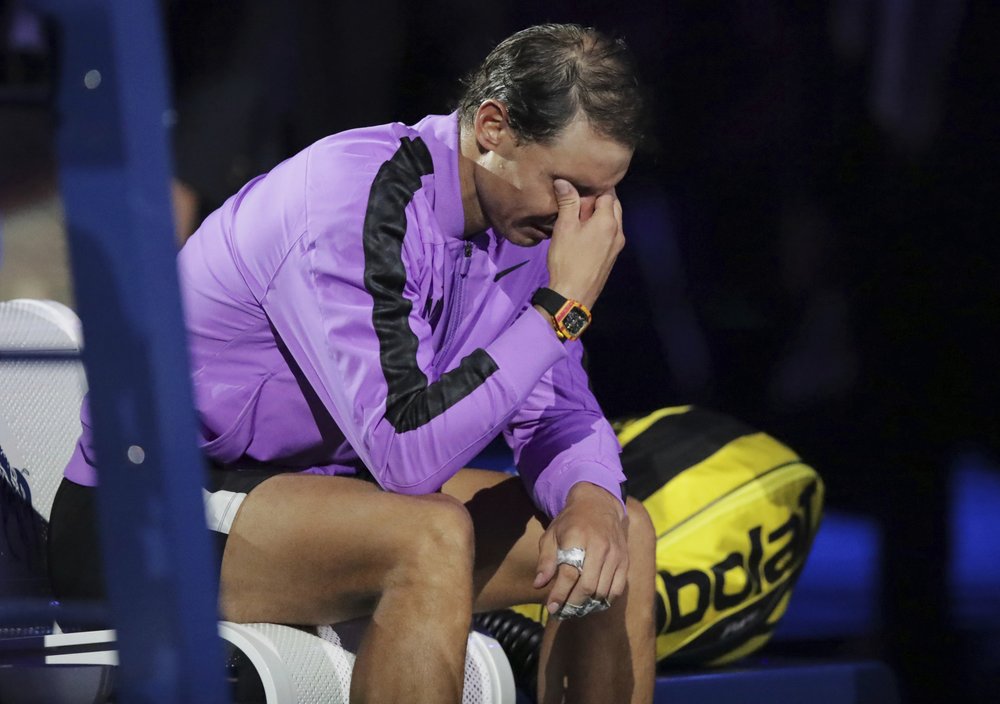 But the 23-year-old from Russia did not go gently into the night. He broke right back to 3-all, then again to claim that set and yet again to end the fourth.

“The nerves were so high,” Nadal said. “A crazy match.”