Serena Williams is arguably the greatest of all time athlete and she has proved that time and time again with so much conviction and for the 4th time in the space of one year she has made 4 grand slam finals. 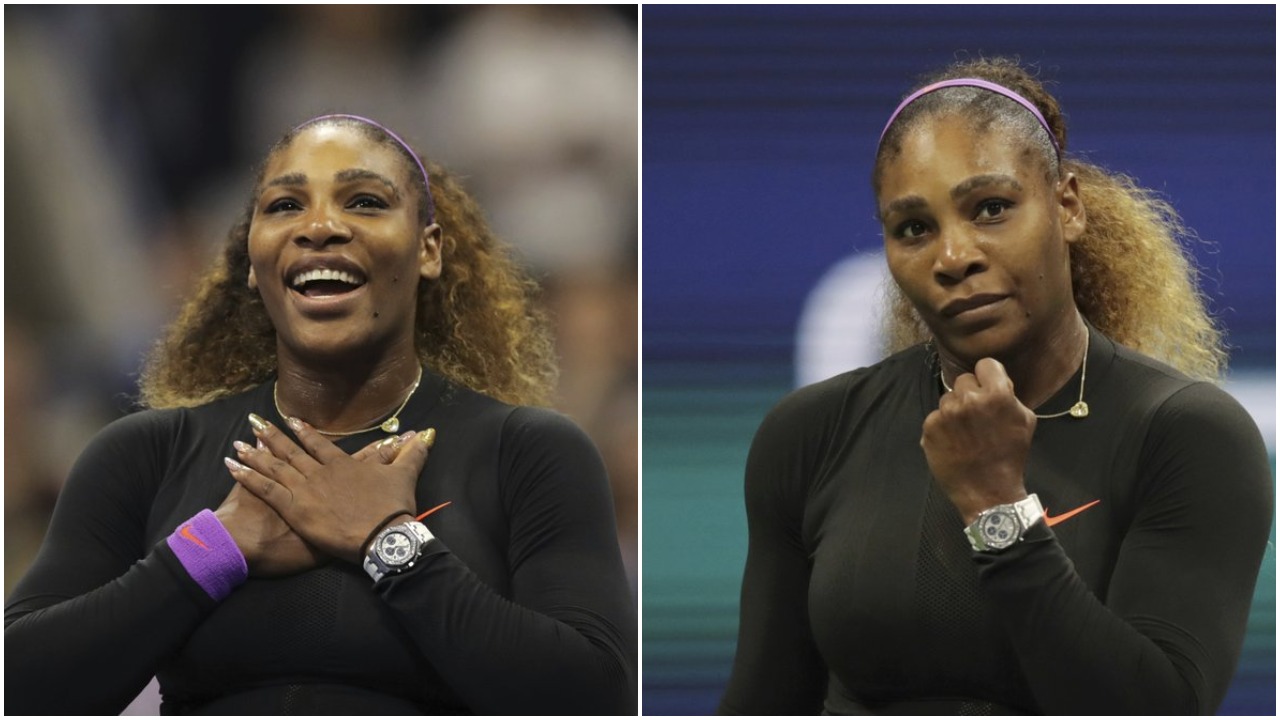 The mum of a beautiful daughter, Olympia whom turned 2 years old on the first of September defeated No. 5-seeded Elina Svitolina of Ukraine 6-3, 6-1 at Arthur Ashe Stadium on Thursday night, reaching her fourth final in the past six major tournaments. 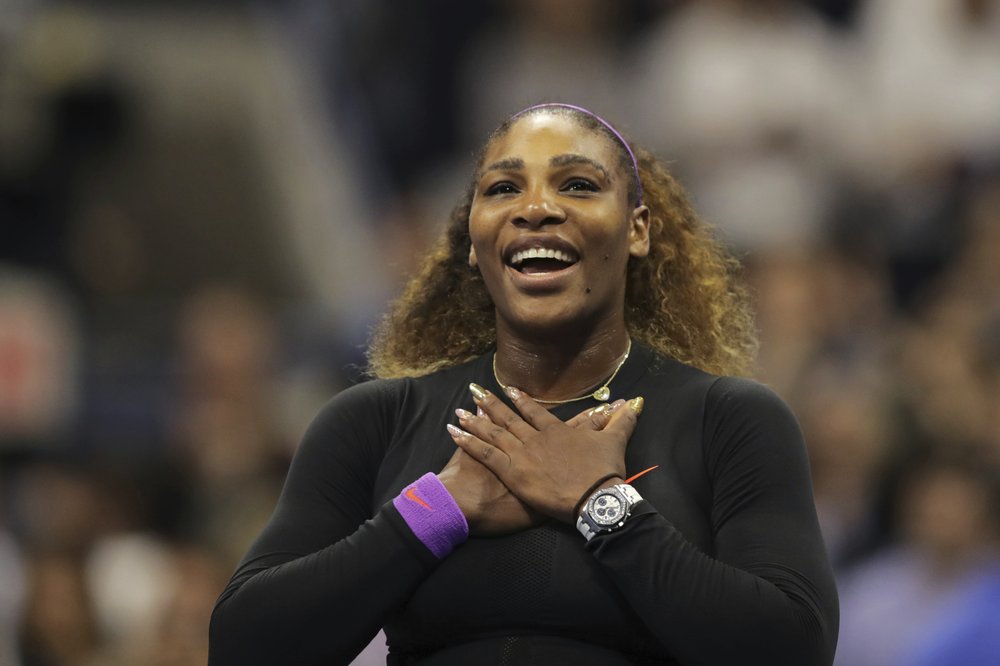 According to AP Sports , Serena said :

“To be in yet another final, it seems, honestly, crazy,” said Williams, a six-time U.S. Open champion who will face 19-year-old Bianca Andreescu of Canada on Saturday. “But I don’t really expect too much less.”

Nor does anyone else at this point.

“That’s why she is who she is. You are playing in front of the best tennis player in the world,” Svitolina said. “If you don’t take it, she just grabs it. And there’s no chance to take it back.”

Since returning to the tour last season after more than a year away while having a baby, she was the runner-up at Wimbledon twice, losing to Angelique Kerber in 2018 and to Simona Halep in July, and was also the runner-up, of course, a year ago at the U.S. Open, losing to Naomi Osaka.

That one in New York was, and forever will be, overshadowed by Williams’ extended argument with chair umpire Carlos Ramos, who docked her a point, then a game — and was barred by the U.S. Tennis Association from officiating any matches her or her older sister, Venus, played in this year’s tournament.

Asked whether she prefers to find motivation from that final against Osaka or would rather forget it, Williams stared straight ahead and replied, “I mean, it hasn’t really crossed my mind.”

The 15th-seeded Andreescu reached her first major title match in only her fourth appearance at a Slam by eliminating No. 13 Belinda Bencic of Switzerland 7-6 (3), 7-5. 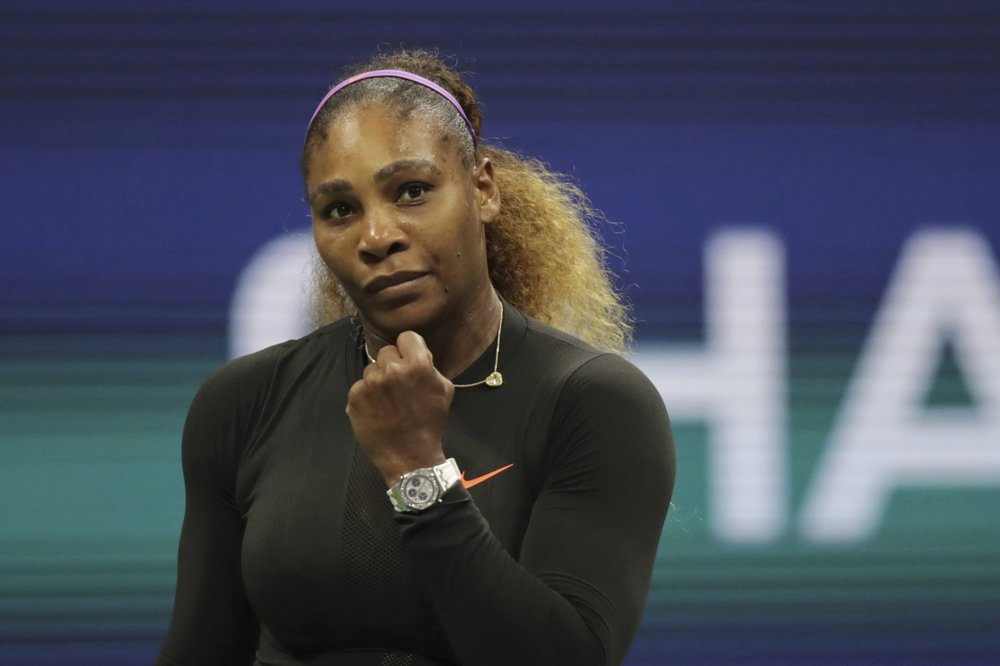 “If someone told me a year ago that I would be in the finals of the U.S. Open this year, I would have told them, ‘You’re crazy,’” said Andreescu, who took her semifinal’s last five games after trailing 5-2.

She is the first player to get this far in her debut in New York since Venus Williams was the runner-up in 1997.

“It’s just surreal,” Andreescu said about the prospect of facing Serena Williams next. “Like, I really don’t know what to say.”

So much of what the younger Williams does nowadays must be seen through the prism of tennis history, and that is certainly the case in this instance. Her 101st career match win at Flushing Meadows tied Chris Evert’s tournament record.

“It’s just impressive, I guess,” Williams said. “I don’t think about it. I just come out here and do what I can.”

By getting to the final, Williams set a mark for longest gap between first career Grand Slam title match and most recent such appearance: It’s almost exactly 20 full years since she won the 1999 U.S. Open as a teenager. 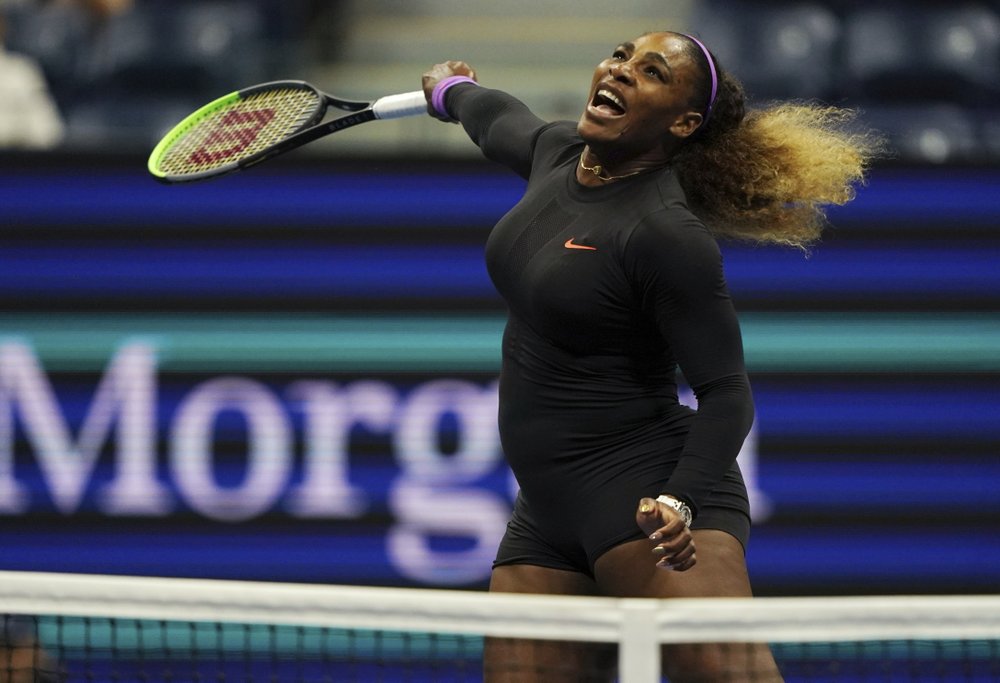 Most importantly, if she can beat Andreescu, Williams will equal Margaret Court with 24 Grand Slam singles titles, more than anyone else in a sport that dates to the 1800s.

“I watched her win most of her Grand Slam titles. I think she’s fighting for her 24th on Saturday. I’m sure she’s going to bring her ‘A’ game,” Andreescu said. “I’m going to try to bring my ‘A’ game, too. Hopefully, I guess, may the best player win.”

At the start of the first semifinal, it was the 24-year-old Svitolina who was steadier. She earned those three chances to break from the get-go — but failed to convert. 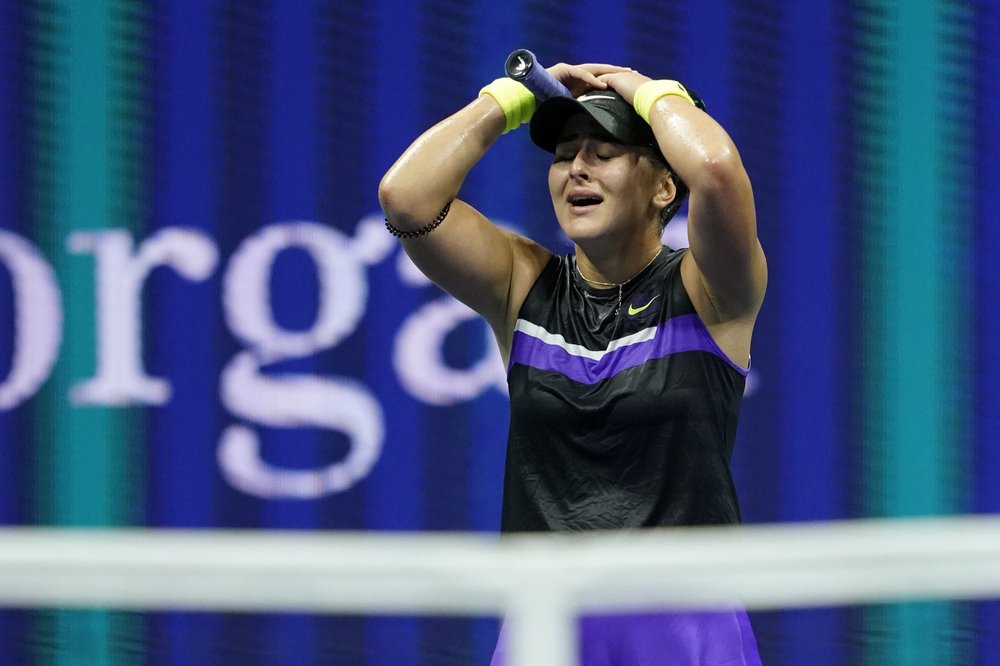 Let the second game slip through her fingers, too. In all, Svitolina held eight game points across that opening pair, and was left with nothing to show for it. Quickly, it was 3-0 for Williams.

“I don’t think she played amazing today,” Svitolina said, “but she played (at a) very high level at the beginning, where you had to make a difference.”

“Today was solid,” she said. “It definitely wasn’t my best tennis.”

Still, she launched serves at up to 119 mph and saved every break point she faced. She smacked three return winners in one game alone. She held a 10-3 edge in points that lasted nine or more strokes. She finished with a 34-11 advantage in winners. She showed no lingering effect from a rolled ankle earlier in the tournament. 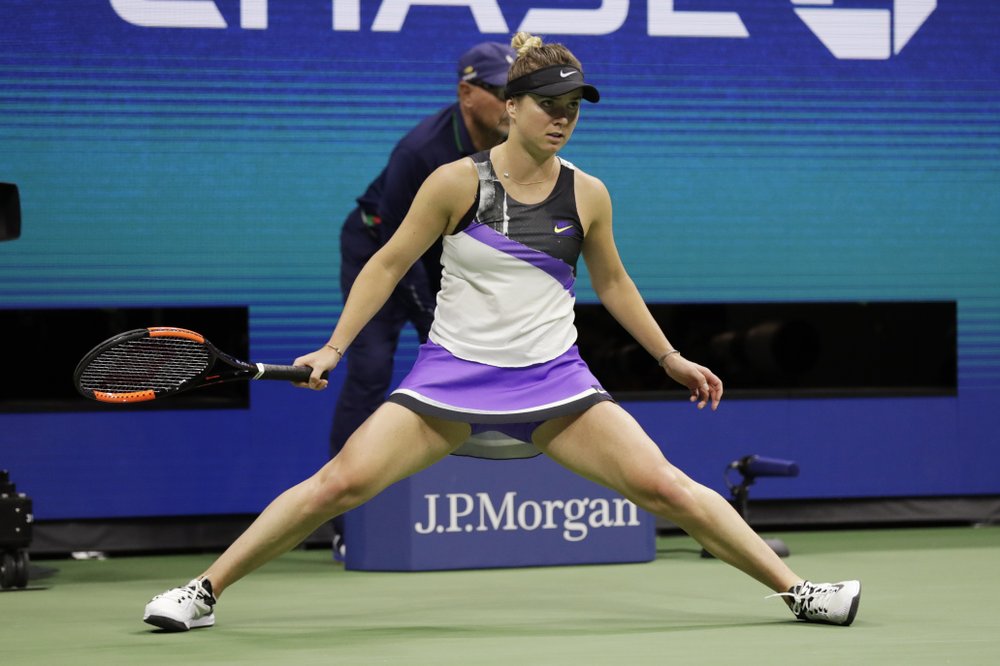 As if for good measure, Williams even threw in a serve-and-volley approach while facing break point in the first set — and, naturally, it worked, thanks to a swinging put away.

“Don’t expect that again,” Williams said, joking that this was going through her mind: “What am I doing at the net?! Let me get back to the baseline!’”

Maybe Svitolina, whose one upset of Williams in five previous matchups came at the 2016 Rio Olympics, was too passive, content to stay back and try to chase down everything sent her way.

Wasn’t the proper strategy. At least not against this opponent, in this match, on this day.

“On the important moments, she steps up, always steps up,” Svitolina said, “always brings her best game.”

That’s usually the case for Williams, even as her 38th birthday approaches in three weeks. It just wasn’t in the three most significant matches of her return so far: three Grand Slam finals, three losses.

“Obviously, there’s a lot of things that I’ve learned in the past,” Williams said, “but I just have to go out there (and), above all, most of all, just stay relaxed.”