Real Madrid have been confirmed as the 2019/2020 La Liga champions after their victory over Villarreal and Barcelona losing to Osasuna. 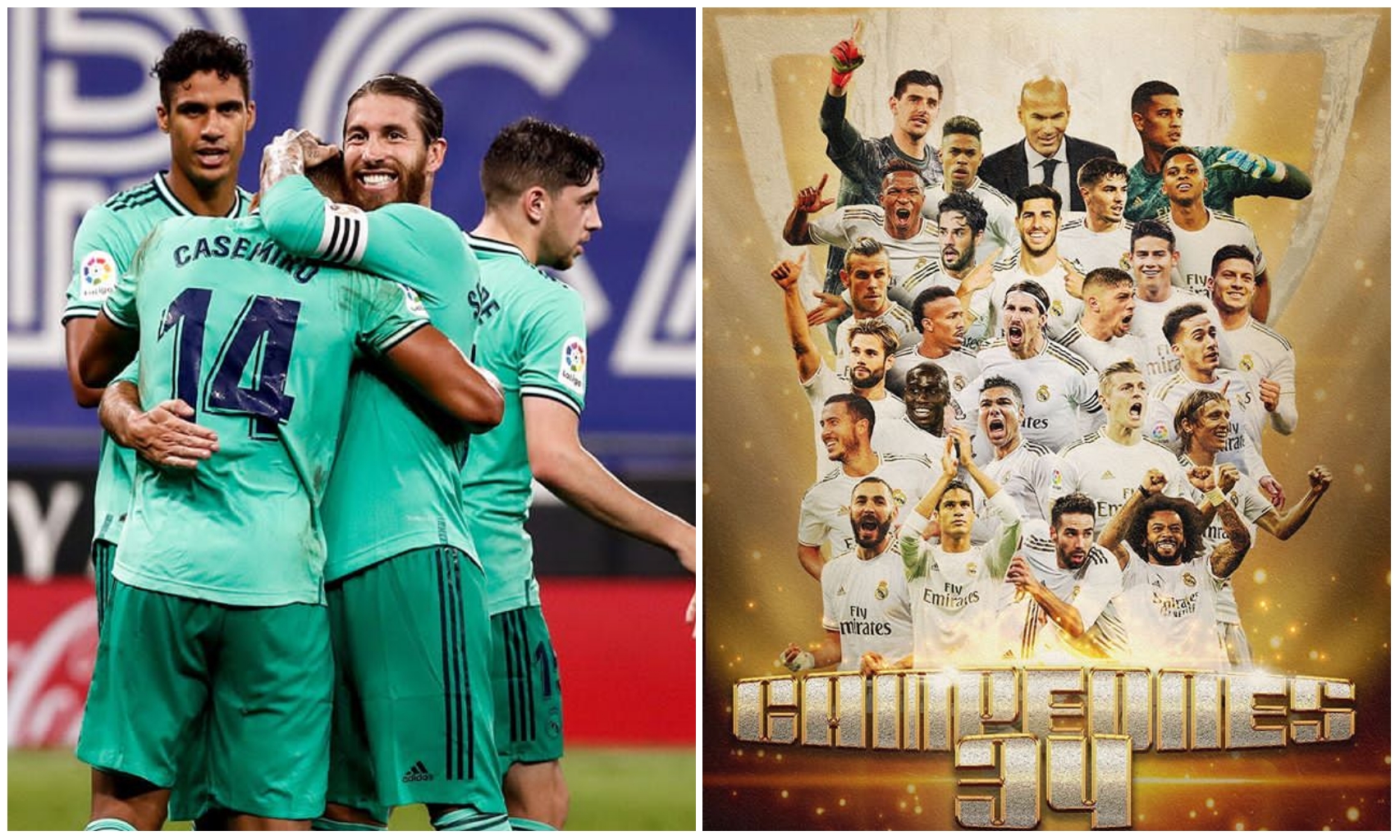 Barcelona have failed to defend their title after a torrid season they would be hoping to forget as quick as possible.

With the La Liga season going to it’s final phase, all matches were played at the same time.

Barcelona needing a win and hoping Real Madrid drop a point failed to convince their fans despite playing at home against a lesser side in Osasuna.

The Catalonia club were however surprised when Osasuna took the lead in the 16th minutes through a well taken strike by Jose Arnalz.

Barcelona fought back through a goal by their captain Lionel Messi but was shocked in the dying minute when Osasuna defied all odds by snatching all three points through Roberto Torres despite playing with 10 men.

Real Madrid on the other side made sure they had nothing to worry about beating Villarreal two goals to one as a double from Benzema made sure the title return back to the capital.

Barcelona will be hoping to turn their bad season around by winning the Champions League when it resumes next month.