UK Minister Boris Johnson was involved in a car crash just outside Parliament on Wednesday afternoon. 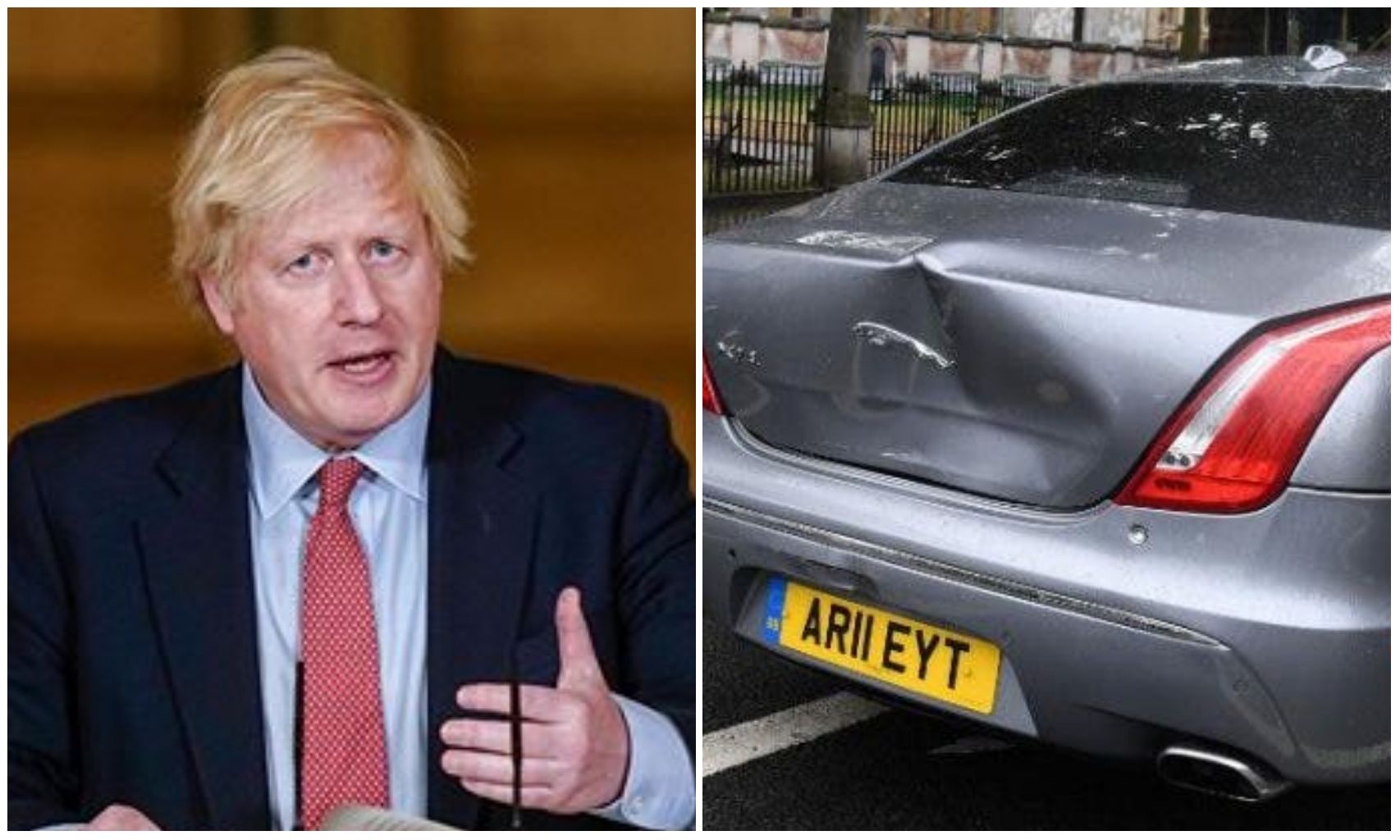 The Prime Minister’s car was hit in the back as his vehicle made a sudden stop after a protester “ran out into the road”.

A security vehicle is thought to have hit the back of his car outside Parliament.

The protester has reportedly been arrested after the incident.

The driver of the car was seen to hit the brakes suddenly to avoid the demonstrator,

back of the first vehicle.

Both cars left the scene quickly with a visible dent in the back of the Prime Minister’s Jaguar.

Watch the video below:

Bois Johnson in car crash at Parliament. Just now. Security drives into back of his car as Kurdish protester runs into road. pic.twitter.com/k1kCplzyZ5

Order Act and for obstructing the highway.

Downing Street has said there are no reports of any injuries, and a spokesman

said a protester was detained after running in front of the silver Jaguar.

A Number 10 spokesman confirmed the car was Mr Johnson’s, adding: “I think the video speaks for itself as to what happened. No reports of anybody being injured.”

The spokesman said Mr Johnson was travelling in the car at the time.

#BBNaija : Meet the other first sets of housemates