Home News ‘We didn’t know they were useless people’ — Executive Jet apologize for...

Before we knew it , they landed at a drive in concert at Jabal mall in Abuja despite the zero rules over social gathering.

to Abuja which was Executive Jets.

flight was minister for housing and work babtunde Raji Fashola.

Read the full press release below:

Executive Jet Services Limited, an aviation company, has tendered an apology for flying

Naira Marley, a singer, to Abuja for a concert.

Criticisms trailed the event, with many Nigerians calling for disciplinary measures against

the singer and the organizers.

The federal capital territory administration (FCTA) had sealed off the Jabi Lake mall, which

hosted the singer, for violating restrictions to slow the spread of COVID-19.

Speaking during the briefing of the presidential task force on COVID-19, Hadi Sirika,

minister for aviation, said the Executive Jet flight that conveyed Naira Marley for the

concert was approved for a different purpose.

But in a letter addressed to Sirika on Monday, Sam Iwu, the company’s chief executive

officer, apologised over the incident. 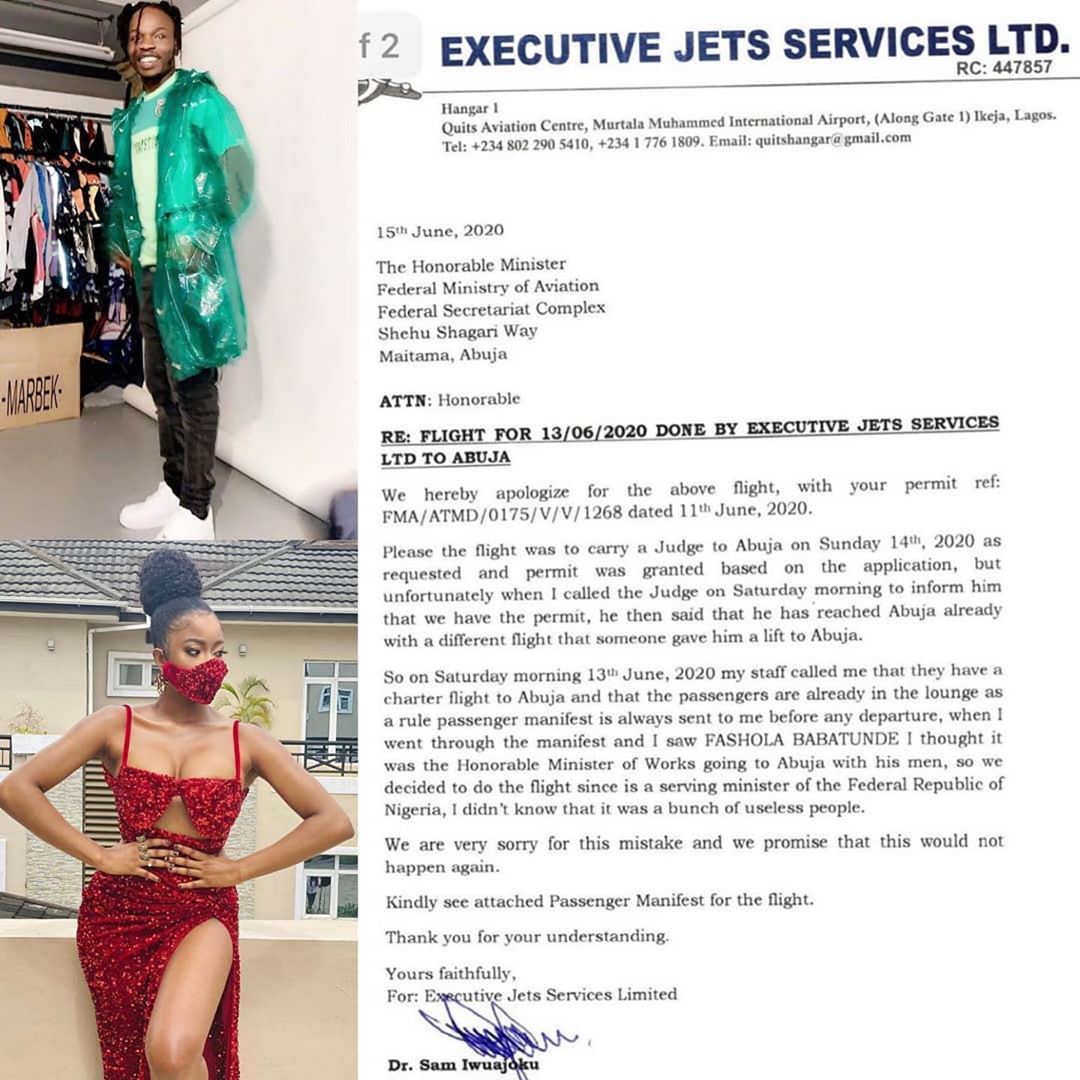 passenger had found his way to Abuja with the help of another flight.

added that he was confused when he saw the name Fashola Babatunde.

knowing that “it was a bunch of useless people”.

I no get wahala – Tiwa Savage

She wants to finish me with food – Nollywood actress, Kemi Afolabi calls out Doris Simeon (video)